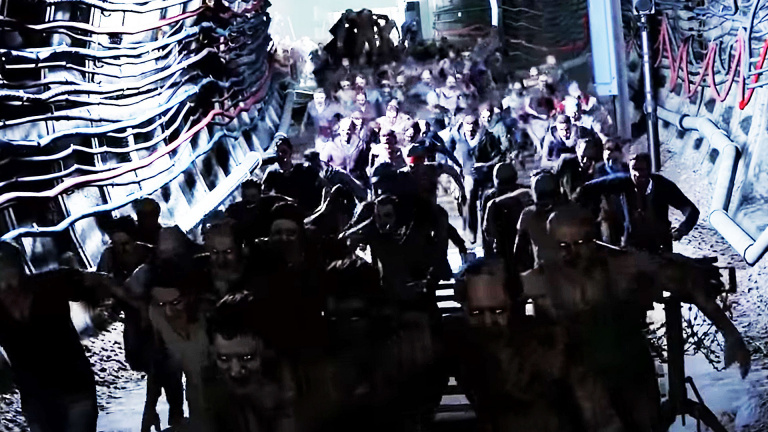 it proved to be a real commercial success on PC, PS4, Xbox One and even Nintendo Switch, World War Z has not said its last word yet: a very special extension will be named Aftermath will be offered soon. Here is a nice video presentation.

was unveiled at E3 2021: it’s a very big DLC with a lot of improvements and additions. It was necessary to have a trailer to present this joyful mess, in this case over four minutes long and directly commented by a developer.

will therefore offer some significant bonuses, such as a first-person view: you’ll be able to alternate in real time between FPS and TPS (third-person view), which should suit aficionados of both genres.

The expansion will also introduce new levels in Rome (with the Colosseum), in the Vatican and in Kamchatka, Russia, all of which are particularly vast and have their own level design specificities.

The gameplay will also evolve a bit with a reworked hand-to-hand system: it will now be possible to choose two-handed weapons or one in each hand, ranging from the butcher’s knife to the fireman’s axe, via the club or the traditional baseball bat. Still with the aim of battling with overcrowded opponents, Aftermath will see the appearance of new enemies: hordes of… Rats. Aggressive ones at that.

A new class is also introduced: the Vanguard, who will use a strong electrified shield to charge brutally into the troops of opponents. Add to all this daily challenges and you have a good overview of this World War Z Aftermath

See also  How to Use SEO Techniques without Annoying Readers Trendblog.net

planned for this year, without further details. Let’s mention the arrival of an update to optimize the game on PS5 and Xbox Series X|S thanks to the backward compatibility, bringing a definition in 4K and a framerate at sixty frames per second.

The 4Tb external hard drive from Toshiba is 79€ !

Zippered reflective vests: Which are the best in 2021?