Weird West Preview: A surprisingly western-style action RPG from the makers of Dishonored 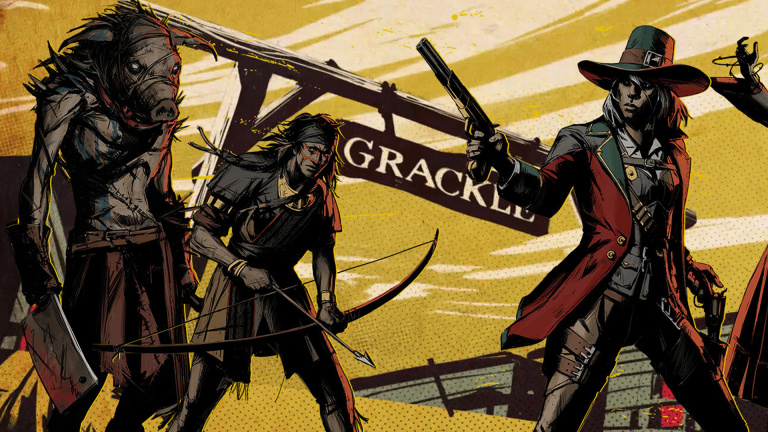 Preview Weird West: A surprisingly western-style action RPG from the makers of Dishonored

A fantasy adventure set in the heart of the American West, Weird West is the first production developed by WolfEye, a studio recently founded by former Arkane employees. This action-RPG featuring trigger-happy and bloodthirsty creatures has revealed a very exciting preview.

If the name Weird West is still unknown to you, you’ve probably already heard of its authors: Raphaël Colantonio and Julien Roby, co-creators of Dishonored and Prey. These two Arkane veterans offer this year their first project under the banner of their new studio, WolfEye. Part action-RPG, part twin-stick shooter, the game will take us into a very special Wild West, where“cowboys and lawmen live together with fantastic creatures“. As part of our preview, we were given a detailed presentation of the first part of the adventure, which looks very promising.

Weird West is set in the unforgiving lands of the American West, inviting witches, werewolves and other magical entities. In the heart of these intriguing Deadlands-style settings in isometric 3D, the game focuses on the intertwined destinies of five seasoned protagonists whose paths converge towards the end. But their stories are also yours, we are promised; thus the paths of these heroes will be determined by your actions and by irreversible choices that can lead to death. And since it’s meant to be as consistent as possible, the world of Weird West will remain as you leave it once you control a new companion. While we only got a glimpse of one of them’s journey, the idea of exploring a world under these strict rules and through multiple eyes is pretty exciting. Our first partner is a feared former bounty hunter who has decided to give up her apron and move on to a more normal life. However, fate catches up with her when bandits attack her family; her son’s corpse is lying on the ground one day and her husband has disappeared without a trace. So here we are, embarking on a quest for revenge against a gang called the “Stillwaters”. For the moment, the pitch presented attracts without any trouble; it remains to be seen how the sequel presents itself.

This short introduction is narrated by a husky male voice, which sets the mood of a gruff western in which we want to engage willingly. This is the only dubbing of the game and punctuates a soundtrack with foggy tones that we would like to hear a little more. The scenery can be appreciated as to them in a cel-shaded style inspired by old French comics which certainly does not lack character. And as a proof of the care taken to the immersion, each building can be searched, most of the time to find useful resources, between food, care, ammunition or rare relics. “When we create the world, it has to be bigger than the game,” the developers told us during the presentation of the game. And indeed, the detail brought to the universe seems meticulously worked; most of the elements are palpable and interact realistically with the environment, which you can then use to your advantage: you can shoot a bottle thrown in the air, set fire to a piece of land by exploding an oil lamp or climb buildings to bring a little verticality to the terrain. A day/night cycle is also included: once the sun goes down, the shops close and the inhabitants go to bed; it’s the perfect opportunity to infiltrate a bank, for example. If all these details bring a certain charm to the immersion, we can criticize the interiors for being sometimes a little deserted at the risk of representing only vast spaces dedicated to loot without depth. On the visual side, a last remark can be made about the animations which are slightly stiff.

See also  The Witcher: the link between Season 2 and the movie Nightmare of the Wolf explained in video 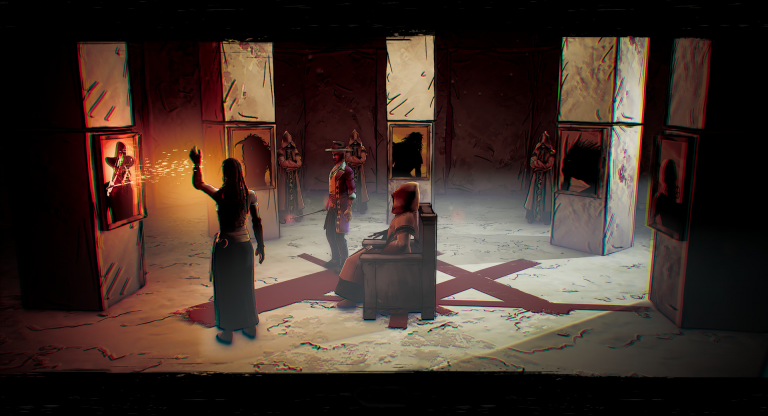 All in all, Weird West will offer a lifespan that extends to about twenty hours for those who are content to live the main story in a straight line. You should also expect a handful of side quests that WolfEye’s developers present as relatively“concise”. The main point is to offer a“non-linear” experience; a promise that seems to be kept in view of several aspects, starting with the map that can be freely traversed. Your travels will be punctuated by a few welcome surprises; by this I mean that you should sometimes expect procedurally generated events such as brutal coyote attacks. Let’s wait and see how diverse the situations are over the long term. And since we want you to feel a certain need to progress, some areas that are too dangerous should be avoided at the beginning of the game.

Overall, the title bets on a“sandbox type” gameplay:“We basically say yes to the player as much as possible”. In terms of real-time action, the developers have opted for a very classic twin-stick shooter with 360° aiming that graces the adventure with many nervous and very pleasant gunfights that require good reactivity. But you can also opt for stealth: infiltrating silently, strangling and then hiding the corpses of your victims in the bushes is a very playable option here to counter the enemy.

Honoring one of the principles of immersive sim, the game incorporates a multiple approach system that also proves to be very enjoyable in building your hero. So if the player has to The story line is respected, but it is up to the player to understand it in the way he wants. At the beginning of the adventure, for example, our former bounty hunter is asked to interrogate one of the members of the “Stillwaters”. Via dialogue choices, you can prefer diplomacy or the hard way. Note, however, that eliminating your prisoner without giving him a fair trial will cost you ten reputation points; a factor to be taken into account for the sake of your survival. If your reputation is too low, you may find yourself tracked by a gang of thugs. If it’s too low, you’ll have access to more options and a wider range of allies. It is therefore wise to think strategically about your choices. In short, one of the strengths of Weird West seems to lie not only in the possibilities offered for the development of your hero, but also in the consequences they are capable of generating. Finally, in the interest of customization, the title integrates attractive RPG features; the relics you’ll find here and there can be exchanged for new abilities dedicated to your weapons or to your specialization (as a bounty hunter in our first case). There are also crafting elements, which we haven’t had the chance to enjoy yet.

There are many aspects of Weird West that we have yet to discover, especially those related to fantasy. We can’t wait to see witches, werewolves and magical abilities integrated into the game’s story and gameplay. For now, the universe presented seems as charming as exciting; we appreciate the care taken in the construction of the setting and the nice freedom of approach offered. It remains to be seen if, in twenty hours, the adventure will be able to renew itself in its adventures and how our progression will be felt through the five heroes to meet. The answer will be given in the 3rd quarter of 2021, when the game will be released on PC, PS4 and Xbox One.

PlayStation Plus: September’s ‘free’ PS4 and PS5 games leaked, here are the leads