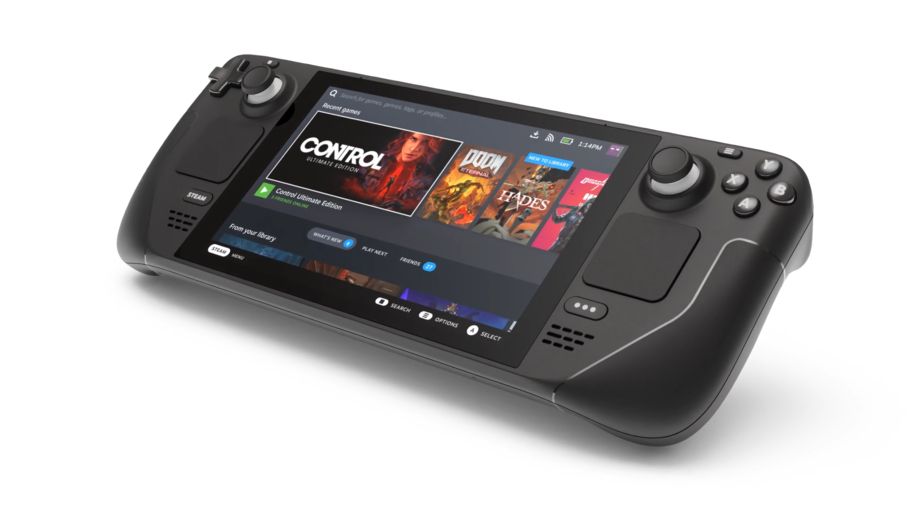 The Steam Deck’s custom APU would be able to run “all games” at an acceptable frame rate in the console’s native screen resolution.

Valve hardware engineer Yazan Aldehayyat spoke with IGN about the upcoming Steam Deck, a portable console expected in December 2021. This machine will run Steam OS, but will be able to run many of the Steam games in the Windows catalog via the Proton compatibility layer. It will be powered by a custom AMD APU consisting of a 4-core/8-thread CPU (clocked at up to 3.5GHz) and an 8-core GPU capped at 1.6GHz.

A huge catalog to support

On paper, the Steam Deck will be a little more powerful than a PlayStation 4, and according to Yazan Aldehayyat, that’s enough to run all the games in the machine’s catalog (from the PC universe) at a minimum of 30 fps. “All the games we wanted to make playable had very good performance and offered a very good experience during tests conducted on the console,” says the engineer, while his colleague Pierre-Loup Griffais, developer at Valve, clarifies: “By all the games we wanted to make playable, we are indeed talking about the entire Steam game library.”

According to the two technicians, Valve has yet to be found a game tested on the Steam Deck that has put the console in trouble. On the first prototypes of the machine, this was not necessarily the case, but on the final version equipped with the components that will be integrated into the commercialized Steam Deck, the level of performance achieved would be that required to run the latest generation of titles without any problems. “The entire Steam catalogue will be available to people who buy the Steam Deck,” Aldehayyat confirms, adding that “that’s when we knew we had a product that was going to deliver the experience we were looking for.”

The question is what kind of gaming “experience” the engineer is actually talking about. After reminding us that the native resolution of the console’s screen is 1280 x 800 px (on a 7-inch diagonal), he specifies that the target framerate used for all phases of testing was 30 fps at least. And Valve explains that these 30 fps correspond to the low limit of what it considers a playable frequency and that, in the vast majority of cases, the games have largely exceeded this minimum. The console’s system will also offer an option to limit the number of frames per second if the player wishes to optimize battery life. Equipped with aWith a 40 Wh battery, the Steam Deck will be able to run between 2 and 8 hours, according to Valve.

See also  Netflix: the programs not to be missed in September 2021

Lab – How good is the iPhone 13’s wide-angle camera module?

Opel Rocks-e: a new identity for the Citroën Ami