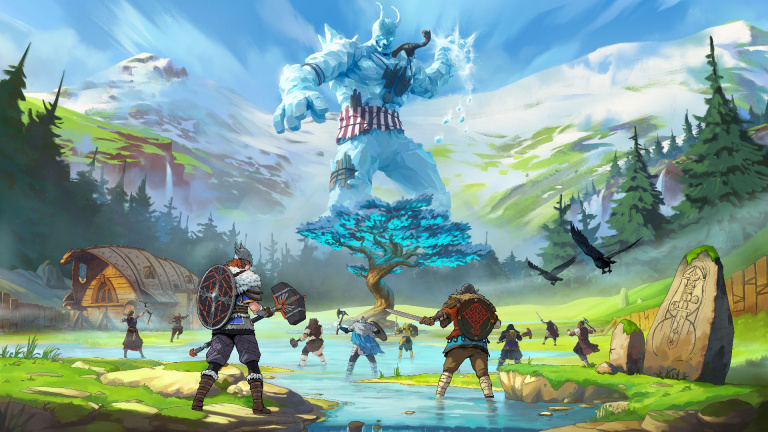 Available since recently, Tribes of Midgard offers 10 players to survive Ragnarök, the end of the Nordic world. If it is not devoid of good ideas and offers an interesting mix between different genres, the title from Norsfell published by Gearbox struggles to engage the player. That’s why.

test was written on the basis of several game sessions. Some of these sessions took place before the July 29 updates that fix many bugs. While most of the bugs we encountered seem to have disappeared, we cannot confirm that the title is free of them.

A mix of genres 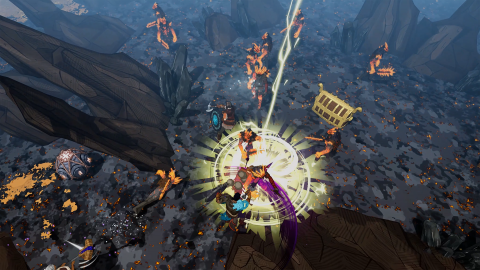 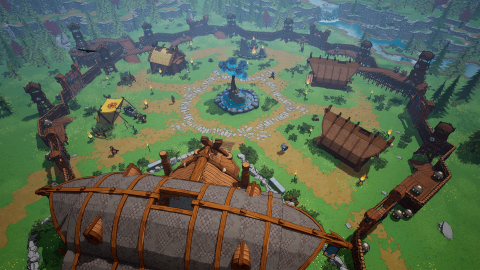 At first glance, one might think that Tribes of Midgard is a Hack & Slash game inspired by Diablo and others, aiming to make the player accumulate as much loot as possible. In the end, it’s more like a Rogue-Lite with a tower defense twist and looks more like a Don’t Starve

than an action-RPG. In ToM, up to 10 players are dropped onto a procedurally generated map. In the center of this map stands their village, in the middle of which sits an ancestral tree that they must protect from waves of AI-controlled night monsters. If this tree is destroyed, it’s an instant defeat and you’ll have to restart your progression from the beginning. To defend it, Vikings must upgrade their equipment and camp. So, as in most survival games, you’ll have to run across fields to collect essential materials. Flint and branches can be used to assemble a rudimentary pickaxe and axe that can be used to harvest more advanced materials. The player can then design weapons, armor and strengthen the defenses of his castle. They can install guard towers, build reinforced gates and improve the workstations of the village craftsmen. It is also possible to build bridges or slopes to access certain areas, but their use is occasional and does not add much to the game. Improving the forge gives access to better weapons while improving the workshop allows the development of better tools, etc.. It all works, but lacks a bit of depth and personality, as aside from increasingly effective weapons and pickaxes, there’s not much to go on. 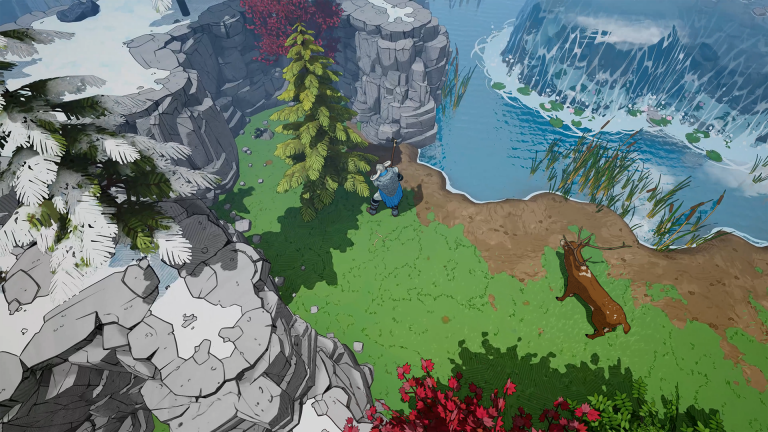 these actions must be performed during the day, as at night a horde of monsters attacks the ramparts. Players must therefore organize themselves and defeat increasingly powerful enemies. After a few days of survival, a Jötunn heads towards your village. These giants have a huge life bar and your group will have to be patient, as it takes many minutes to defeat them. It’s important to attack the creature with more than one person, as some of them will take you down in two hits, whereas it will take hundreds of attacks to defeat them. Otherwise, it will pulverize the team’s tree in a split second. This tree can be healed in exchange for souls, a resource collected with each action. This is not their only use, because they are used to repair tools and improve the camp… In short, this resource is essential. Be careful, because in case of death all your souls disappear. The rest of your loot can be retrieved at the place of your death. 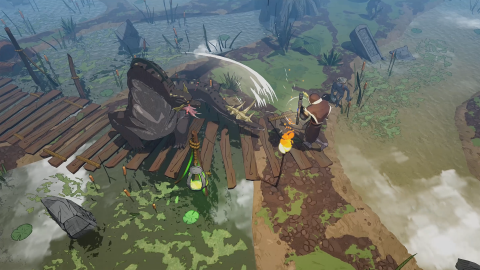 During the day, players search for resources, clear monster camps to gain rare materials, complete quests, participate in events and explore the surrounding area. These missions usually boil down to talking to a protagonist before killing the target he will designate or harvesting a specific plant. Not exactly thrilling. At night, they teleport back to their base to fend off the increasingly powerful monsters. This routine is not unpleasant and is facilitated by the many shrines that allow you to reach a place already explored in an instant. What makes this structure problematic is that the number of resources required to improve the hero or the village is astronomical. You’re constantly running out, even if you’re efficiently roaming the plains. An organized group will be able to more easily optimize their harvest and manage to survive until they can defeat the boss of the current Saga, Fenrir in this case. 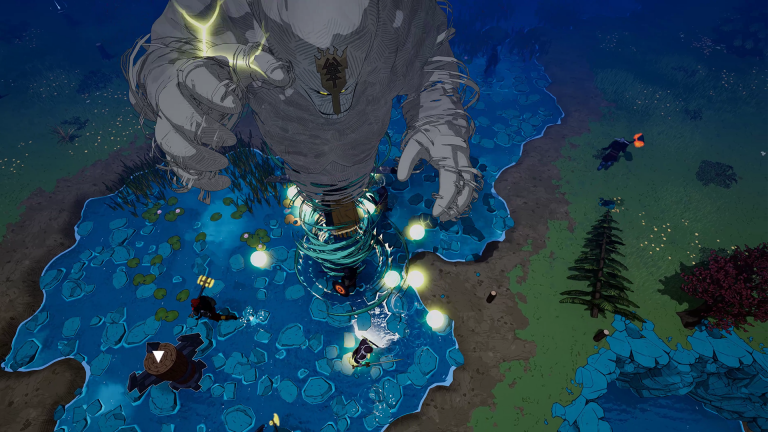 The structure of Tribes of Midgard is not without its flaws and unfortunately the combat system does not manage to save the experience. Heroes have access to a single strike, one or more special attacks subject to a mana gauge and a dodge that lacks liveliness. Several weapons are available such as the axe, sword, bow or mace. The hero’s statistics and abilities can be improved via a skill tree linked to a class that must be chosen at the beginning of the game. The player regularly gains in level and can therefore award points to gain different abilities. Increase sword damage, cancel fall damage, increase weapon durability… And if it is pleasant to crafter and to unlock overpowered blades and to increase drastically its damages, the general feeling of the confrontations is not so good.

nts does not convince. The animations are rigid and sometimes lack readability. The lack of variety of approaches forces players to hammer the attack key before launching their special move from time to time. It’s a pity, because not everything is to throw away. The sound design is good, but the lack of visual feedback, the general stiffness of the animations, the damage balancing, the gigantic life bars of the Jotunn and the poverty of the combat system make the games boring.

If it is far from being a technical slap in the face, Tribes of Midgard offers a pleasant universe. The cel-shading works well and the shimmering colors are pleasing to the eye. The Nordic mythological creatures are recognizable in an instant and the biomes each offer radically different atmospheres. It’s a shame that the pace of the game prevents you from exploring at your own pace and enjoying the scenery. Note that some areas are plagued by particular weather conditions. You will have to consume specific potions to overcome the heat or cold to cross them.

After a few hours of play, you quickly realize that Tribes of Midgard tries too many genres at the same time and does not go to the end of its ideas. This Rogue-Lite mixed with RPG and survival has some nice things going for it, but too many of the game systems lack the depth to engage players. The excessive simplicity of the battles mixed with minimalist loot and crafting have a hard time making players forget the redundant and unbalanced structure of the experience. What remains is a nice and pleasant universe to explore. It’s a pity that it’s impossible to do it at your own pace, as you have to join the camp after dark.

Read the reader’s opinionGive your opinion on the game!