The Suicide Squad the movie: A faithful adaptation of the comics and a mainstream audience? 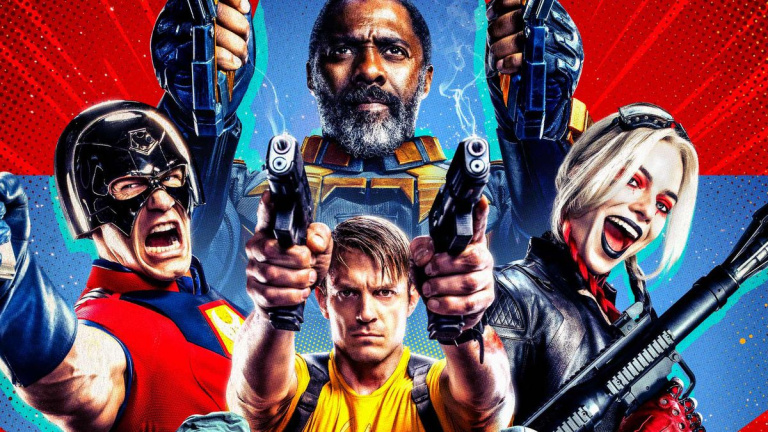 News culture The Suicide Squad the movie: A faithful adaptation to the comics and mainstream?

The Suicide Squad led by Amanda Waller, the most “borderline” team in the DC Comics universe, will arrive in theaters on July 28, 2021. Is this new adaptation directed by James Gunn (Guardians of the Galaxy) faithful to the comics? If YES, in which proportions? To which audience is this movie aimed at? The JV editorial staff answers these questions after attending a preview screening of The Suicide Squad (2021).

Is The Suicide Squad movie faithful to the comics? 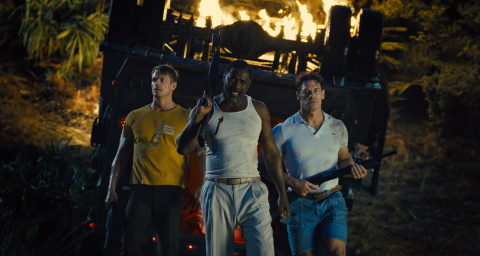 Comic books have the particularity of entrusting the destiny of their characters to different authors and illustrators who create stories that are part (or not) of a common multiverse. Several versions of the same hero, or villain in this case, cohabit at a given moment in related, or even identical spheres. Adapting the adventures of Special Force X is therefore a Cornelian choice. Which version to choose? The first appearance of the DC Comics team? The most recent one? The most popular? The Suicide Squad settles this question by openly taking inspiration from the original material to create variants born from James Gunn’s fertile imagination. We’re not dealing with the villains of the comic books, but those of the DC Extended Universe. 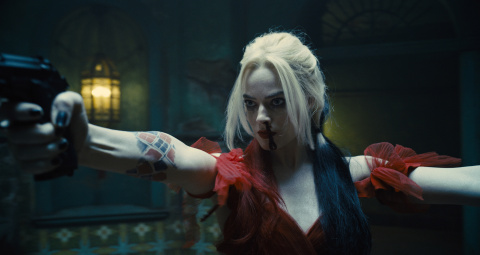 Unsurprisingly, Harley Quinn played by actress Margot Robbie, as well as Rick Flag and Captain Boomerang remain broadly those of the David Ayer-directed film Suicide Squad (2016). They do, however, undergo a few warmly welcomed adjustments, whether in costume and/or character to appeal to comic book fans. But let’s go back to the origins of Suicide Squad. The popular, modern vision of Task Force X dates back to 1987. Writer John Ostrander put the main principles of the Suicide Squad on paper in the mini-series Legends #1-4 (to be discovered in the collection Suicide squad the worst of at Urban Comics). This modus operandi, which has remained unchanged for almost 35 years, is kept intact by James Gunn in The Suicide Squad (2021). 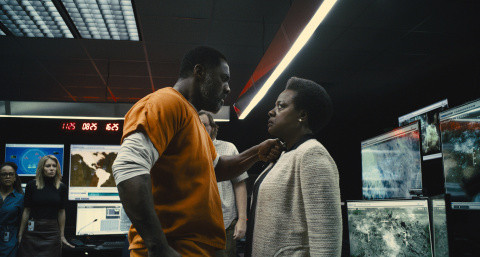 The director of Guardians of the Galaxy Vol.1 and Vol.2 draws from the many story arcs featuring the various members of Special Forces X. His love for the paper format can be felt in the creation of the characters, which in many ways are reminiscent of comic books. Let’s take the examples of Bloodsport and Peacemaker, played respectively by Idris Elba (Heimdall in the Marvel Cinematic Universe) and John Cena (wrestler for the WWE). These two characters, freshly dropped into the DC Extended Universe and central to The Suicide Squad, are the perfect representatives of James Gunn’s vision of Task Force X. 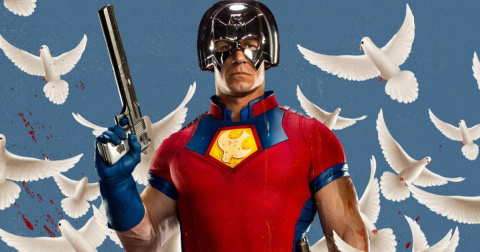 Bloodsport is introduced by Amanda Waller herself as a mercenary as skilled as Deadshot. The latter shares with his paper counterpart an unusual feat of arms, that of having wounded Superman with a Kryptonite bullet. Nevertheless, his outfit and his motivations are very different if we compare them with his first appearance in Superman #4. The same cannot be said for Peacemaker, who has the same components as the character. His recognizable costume and his singular line of conduct already present in the Vigilante run #36-38 follow him since his debut in the DC Comics stable in December 1986 (to be discovered in the collection Suicide Squad presents: Peacemaker from Urban Comics). 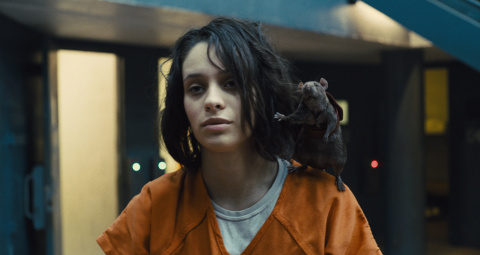 The purists will certainly find several points, details or not, to come back on. Indeed, the writer has created a brand new character, Ratcatcher II. She’s nothing less than the daughter of Ratcatcher, one of the Dark Knight’s adversaries who first appeared in Detective Comics #585-586. Apart from her name and powers, the movie version shares little or nothing with the comic book version. The other members of the Suicide Squad (Blackguard, Weasel, Javelin, King Shark, Mongal, Thinker, Polka-Dot, TDK, Scientist) have several things in common with their original versions. If for some of them the alterations are considerable, they are never prohibitive. James Gunn masters with talent the delicate transition from the 9th to the 7th Art. The villains of Task Force X win for those who survive in depth. The death of some guarantees the salvation of others… the very concept of the Suicide Squad is respected.

Trailer of The Suicide Squad

Who is the intended audience for The Suicide Squad (2021)? 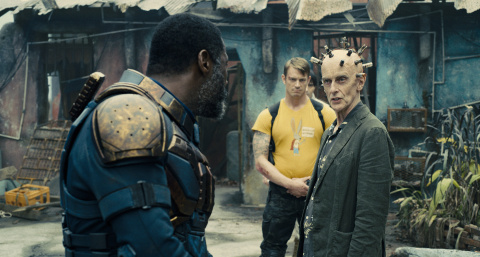 A question has been burning on the lips of Task Force X and DC Comics fans since the announcement of The Suicide Squad. Is the James Gunn-directed film a sequel, remake or even a reboot of Suicide Squad (2016)? According to producer Charles Roven, this new feature film is a standalone fully inscribed in the DC Extended Universe. It shares with its predecessor, but also with Birds of Prey, some characters and a common cinematic universe, but can be viewed without even having seen David Ayer’s film. The Suicide Squad is aimed at fans disappointed by Suicide Squad as well as neophytes, and does not require aou don’t need any prior knowledge to understand the plot. You don’t have to be a living DC Comics encyclopedia to appreciate the new mission given to Amanda Waller’s team. 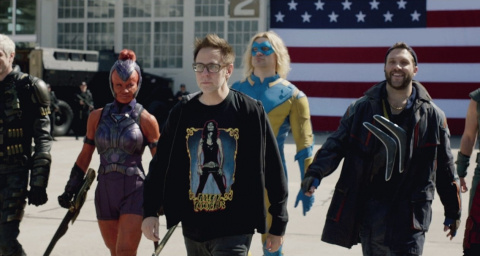 The Suicide Squad is directed and scripted by James Gunn himself, and it shines through on screen. Fans of Guardians of the Galaxy, but also of Super (2010) with Elliot Page (Hard Candy, Inception, Juno), will be delighted to find this adept of magnificent losers, understanding here characters doomed to fail and sometimes succeed without being truly responsible. This new comic book adaptation is irreverent to the last degree, indulging in humor that is sometimes pithy and sometimes acidic, and bathed in ultra graphic violence that does justice to the exactions of Special Force X. If you like James Gunn’s cinema and all that it implies, you’ll love The Suicide Squad as this film is the image of its director and none other. 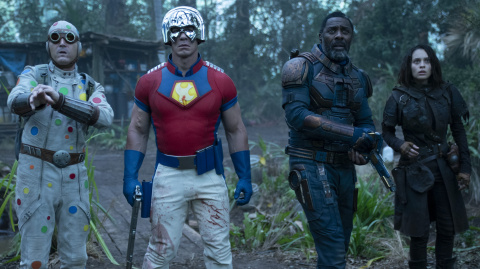 Drawing inspiration from the war films of the 60s and 70s, The Suicide Squad attempts to appeal to an audience of moviegoers, even cinephiles, with clever nods to the great works that marked the genre, whether it be The Guns of Navarone (1961), The Dirty Dozen (1967), Gold for the Brave (1970), When Eagles Attack (1968), etc. The Warner Bros. film is also aimed at comic book fans, that goes without saying, but mostly reaches out to the general public. James Gunn’s film is able to appeal to an audience looking for an entertaining and accessible summer blockbuster, but not one that everyone should see. 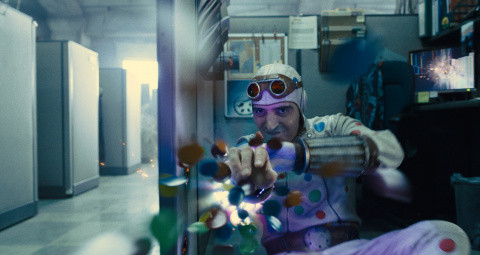 Although it is intended to be “family” entertainment, The Suicide Squad is violent to excess, and its Rated R rating in the United States speaks for itself. In Uncle Sam’s country, minors 17 and under must be accompanied by an adult or they will be kept at the door of the cinema. This is not surprising. James Gunn gives it his all for over 2 hours. The hemoglobin flows freely. The deaths are more graphic than the others. The jokes, often below the belt, hit hard. Then the Suicide Squad is a ragbag of unsavory individuals, yet humanized by a director who favors shades of gray. This allows him to create ambiguous characters, sometimes good, often bad, but 100% human. As far as youth is concerned, you’ll have to go back to the drawing board.

The Suicide Squad (2021) is a cheeky cinematic romp that proudly displays the colours of DC Comics. A film to be reserved for an informed audience.

The Suicide Squad – The Movie

his page contains affiliate links to some products that JV has selected for you. Each purchase you make by clicking on one of these links will not cost you more, but the merchant will pay us a commission. Read more.

gamescom 2021 – Soundfall: a music trailer for the rhythm adventure game

Floor-standing coat racks: Which is the best in 2021?