The Lord of the Rings series: Amazon challenges Game of Thrones 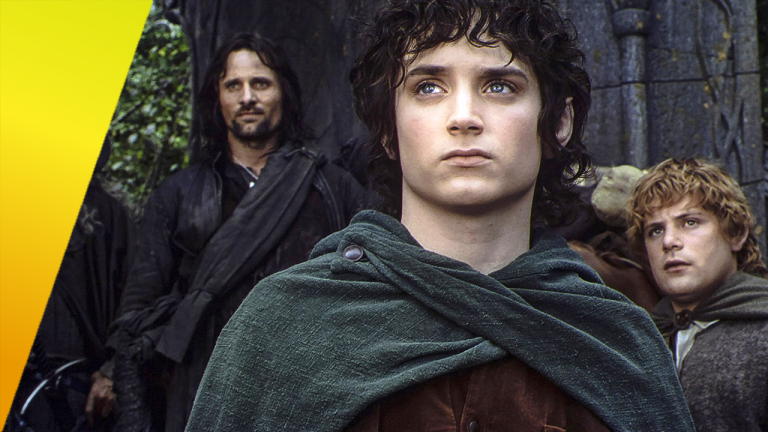 News culture The Lord of the Rings series : Amazon challenges Game of Thrones

Amazon is challenging HBO and the Game of Thrones saga with the most expensive series in history… a Lord of the Rings adaptation.

If I tell you “most expensive series in history”, you’re going to say Game of Thrones, and you’d be right… only partly. Game of Thrones is in 2021 the most expensive series ever “broadcast”, but Amazon intends to steal this title from HBO. The adaptation of the Lord of the Rings produced by the American giant is expected to cost at least 1 billion dollars. The rights alone to exploit the license were purchased for a cool $250 million in November 2017. The budget allocated to this Dantesque project covers the production of the 5 seasons announced by Amazon and potentially a spin-off series. Note that only the first two seasons have been ordered so far. But this symbolic billion mark should easily be crossed. According to the New Zealand Minister of Economic Development and Tourism, where the series is filmed, Amazon would have spent 465 million dollars only for the production of the first season, a first season that includes 8 episodes.

One question usually burns on your lips. What is the release date of the Lord of the Rings series? We have waited almost four years to know this information. Since the project was made official in November 2017, Amazon has been communicating cautiously. It must be said that this adaptation project has fans of the Tolkien universe salivating. The filming, which began in February 2020, then stopped for several months because of the Covid-19 pandemic, was completed in August 2021. This provided the perfect window to reveal to the world the precise day of the first broadcast. Episode 1 of The Lord of the Rings series will air on Prime Video, Amazon’s SVOD platform, on September 2, 2022. A new episode will then be made available every week until the end of the first season as with The Boys season 2.

See also  0-Day flaw in iMessage exploited by Pegasus: a thorn in Apple's security side

The rights obtained by Amazon are very specific. The American firm can clearly not do what it wants. The script of the series The Lord of the Rings started in mid-February 2019 takes as a setting the Second Age, that is to say, several thousand years before the film trilogies of Peter Jackson. Of course, the scriptwriters can in no way contradict anything set up by J. R. R. Tolkien, but are entitled to add characters or details to fill in the existing gaps between the works. The scenario therefore draws from the various works of the author. I’m thinking first of all of The Silmarillion, a collection that traces the history of Middle-earth, the Unfinished Tales and Legends, and the appendices of The Lord of the Rings.

Elf Ñoldo Celebrimbor, the creation of the One Ring or the wars between Sauron and the alliance of Elves, Men and Dwarves. It would be an opportunity to discover or rediscover places such as the Misty Mountains, the elven capital Lindon and the island kingdom of Nùmenor. The first two episodes will serve as an entry point into the universe. The visual recently unveiled by Amazon presents another era, that of the Age of Trees with Valinor, the famous Telperion and Laurelin trees and the elven city of Tirion.

In 2021, Middle-earth is inseparable from Peter Jackson. The New Zealand director has left his mark on Tolkien’s saga, but… everything has to start somewhere. The Lord of the Rings series produced by Amazon will not be directed by Peter Jackson. He does not supervise the project, but agrees to read the script and send feedback to the narrative team. He declared at the time, and I quote, “I wish them all the best and if we can help them, we’ll certainly try. At the direction of the first two episodes, we find J. A. Bayona that you surely know for the films The Orphanage and Jurassic World: Fallen Kingdom. The next four are entrusted to Wayne Che Yip who proved himself on Diary of a Call Girl, Misfits, Utopia and Doctor Who. Finally, the last two are the work of Charlotte Brändström whose work we have been able to appreciate on Jupiter’s Legacy, The Witcher season 1, but also Grey’s Anatomy.

A video game about GollumThe

shores of Middle-earth extend far beyond the books, the movies, and the future Amazon series. Numerous video games have been created throughout the ages, and continue to enrich Tolkien’s universe to this day. Daedalic in collaboration with Nacon is currently working on The Lord of the Rings: Gollum

. This adventure and infiltration game centered on the character of the same name covers the events preceding Peter Jackson’s trilogy, between 3018 and 3019 of the Third Age of the Years of the Sun for the purists. The story begins in the jails of Barad-dûr in 3017. Gollum then tries to flee the home of Sauron, then Mordor. The Lord of the Rings: Gollum will be released on PC and consoles in 2022.

13 months of waiting before being able to discover this series eagerly awaited by fans. Patience is definitely the mother of virtue.

Lord of the Rings: Gollum trailer

Lord of the Rings: Gollum

Preview Clid The Snail: A Snail that Gets You Down? on PC

Double VPN – What Is It & When Do You Need It. – Trendblog.net