The design of Windows 11… Is it incompetence or cowardice?

Do not get upset, dear reader and Windows lover… Windows 11, for more signs, because the headline is just that, a headline. And in a headline does not fit everything you can express in the text that follows, you know. But make no mistake: the headline serves to synthesize -or try to- the content of the news, if possible, with some attractive hook… Which doesn’t mean you have to fall into the ignoble art of clickbait. Don’t go that way either, because it’s not the way.

The headline expresses my -most probably eradicated- opinion about the new Windows 11 design, and I’ve already seen it many times, but after trying it for a while, I have not less, but more doubts about the reason for such a…. chapuza? Note that we’re not talking about your neighbor from the fifth floor in arts and crafts class, but about Microsoft, a huge company with resources to bury nations and, therefore, to hire top-notch designers. Why, then, does it do some things so badly (no, the updates for another day)?

By the way, by “the design of Windows 11” I mean, of course, the desktop panel and its new position with the task manager in the center of the screen. Nothing else. The rest looks pretty good, and even the design as it is looks good… But that’s not all it’s about, is it? When you’re in front of your PC, you expect it to look good, but you also expect it to use well, you expect the user experience to be logical and efficient… I’m not going to go that deep though, quite the opposite: I’m going to stick to the form. 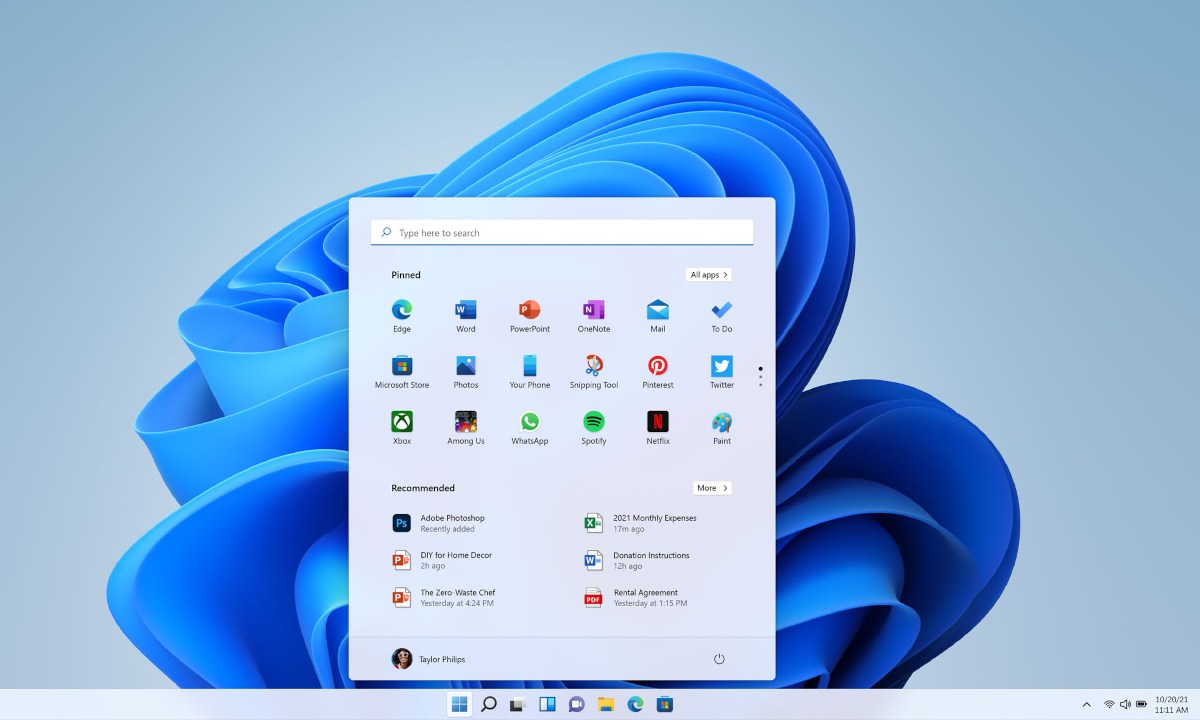 This is the image of Windows 11 that we all have in our heads.

Beyond the debatable in practical terms, but undoubtedly popular new Windows 11 Start menu, the layout, the arrangement of the elements on the panel, hardly varies from the classic Microsoft desktop layout, except for the fact of placing the Start menu itself and the task manager in the middle. What’s the point of this change? The truth is that the whole world makes sense: the center of the screen is the most accessible and convenient place to go with the cursor.

The bottom center strip of the screen is, by convention and basic usability, the most quickly accessible place to run applications without breaking the classic desktop paradigm popularized by Windows. It’s even smarter than the traditional mode with the task manager on the left, because that’s where the most used applications are usually located and you have to constantly go back to it to run or display them.

It’s a pretty obvious conclusion that others came to earlier, and the new look of Windows 11, the new layout rather, if reminiscent of another PC desktop system, is to Chrome OS. I wrote about it a while back, but not because of Windows 11, but for Windows 10X, which is, after all, what the new version is partly based on. It is worth remembering, however, that Windows 10X was originally intended as an alternative to Chrome OS for computers similar to Chromebooks. 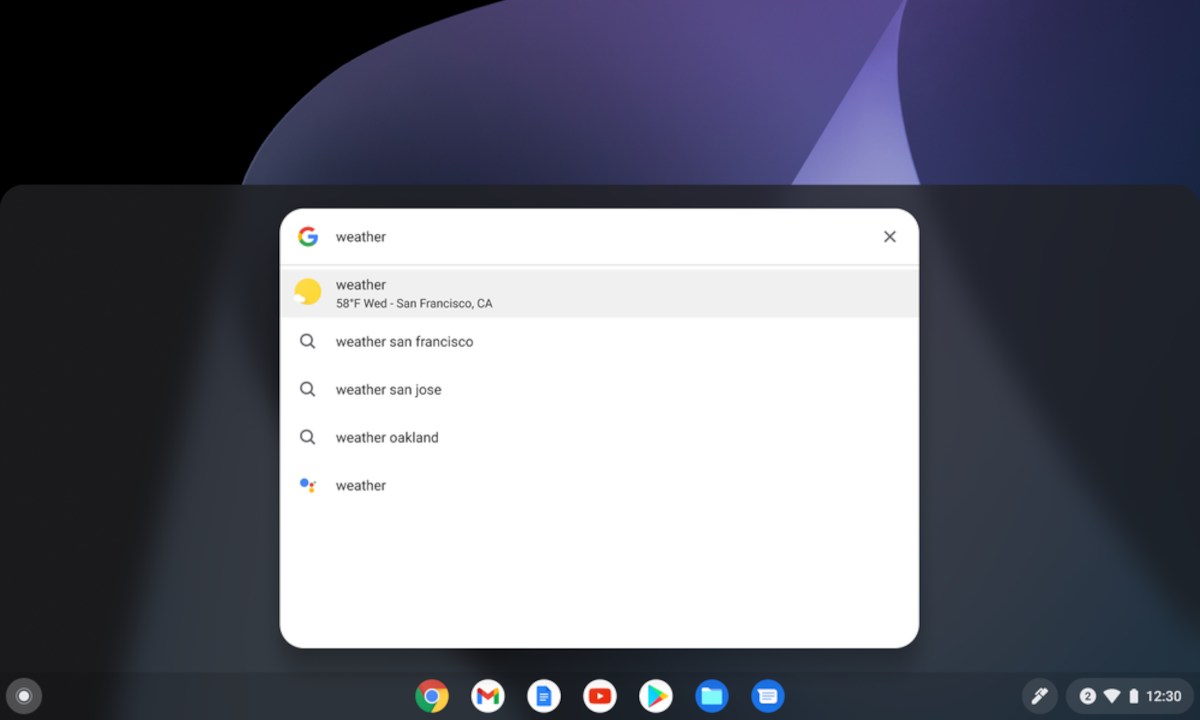 Chrome OS: Google came up with it before, but did it better

Needless to say. Well, no: Chrome OS’s design is a bit more logical, placing the equivalent of the Start menu on the far left side of the panel. And it also has its reason: if the applications you use the most are already anchored on the panel, the menu is secondary and can remain in a corner: it is less accessible, but it is also less accessed, so even if the functionality could be better, the symmetry is maintained and the aesthetics do not suffer.

Here’s the design problem with Windows 11: in the center of the panel is the Start menu and task manager, on the far right is the system tray and clock… And on the far left? What’s that empty? What’s the point? Note that Windows 11 offers an option to return the Start menu and task manager to the left, where they have always been; and that perhaps Microsoft will surprise us with some last-minute change to bring utility to what does not have it.

That’s why I wonder if it has been incompetence what has led to make that design decision: all for aesthetics and practice, but lacking aesthetics and practice. I honestly don’t understand it, and although some people may belittle my opinion because those responsible for implementing this change are certainly better prepared than I am in terms of design… The same could be said of those who designed Windows 8, right? Not to mention that the rest of the world – experts included – doesn’t seem to agree with the recipe. 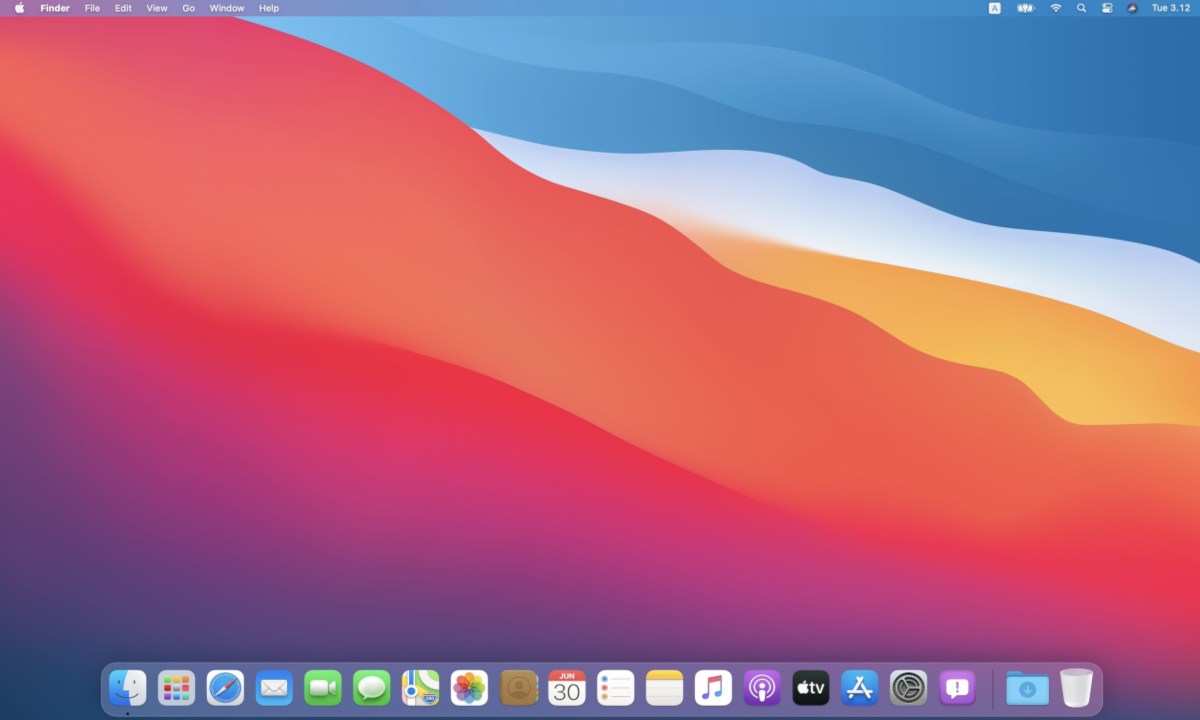 A dock is the most efficient, as macOS has been proving for many years now.

So we come to the mother of the lamb: macOS. Or isn’t the dock paradigm more effective? I’m not just copying the Mac paradigm, since it’s not just a dock, but a top panel that supports a level of functionality intrinsic to the user experience that Apple offers on the desktop. So, while macOS moves the application menu, known as the global menu, to the top panel, Windows still leaves it to each window (there are other interesting design lines, such as CSD or client side decoration that will probably end up being imposed in the future, but that’s another story).

We could debate, therefore, which method is more efficient, when the truth is that all the elements that Mac separates into two spaces, global menu apart, fit in a single Windows panel… But we have not come to that, but to determine that if the decision to place the elements in the center in Windows has not been the result of incompetence, that everything can be although it is difficult… has it been cowardice? The cowardice, it is understood, of not adopting a macOS-style dock that centers all the elements accordingly.

That is, if we accept that everything fits in the same panel, as Windows has done all its life, but we also accept that the center of the screen is the most accessible place, and since panels -call them panels, call them bars, application launchers… call them whatever you want- are usually placed at the bottom, why move away tools and options like the start menu or the system tray and the clock from the task manager or, even worse, why leave an empty corner, but covered with a panel, when a dock is the best solution? 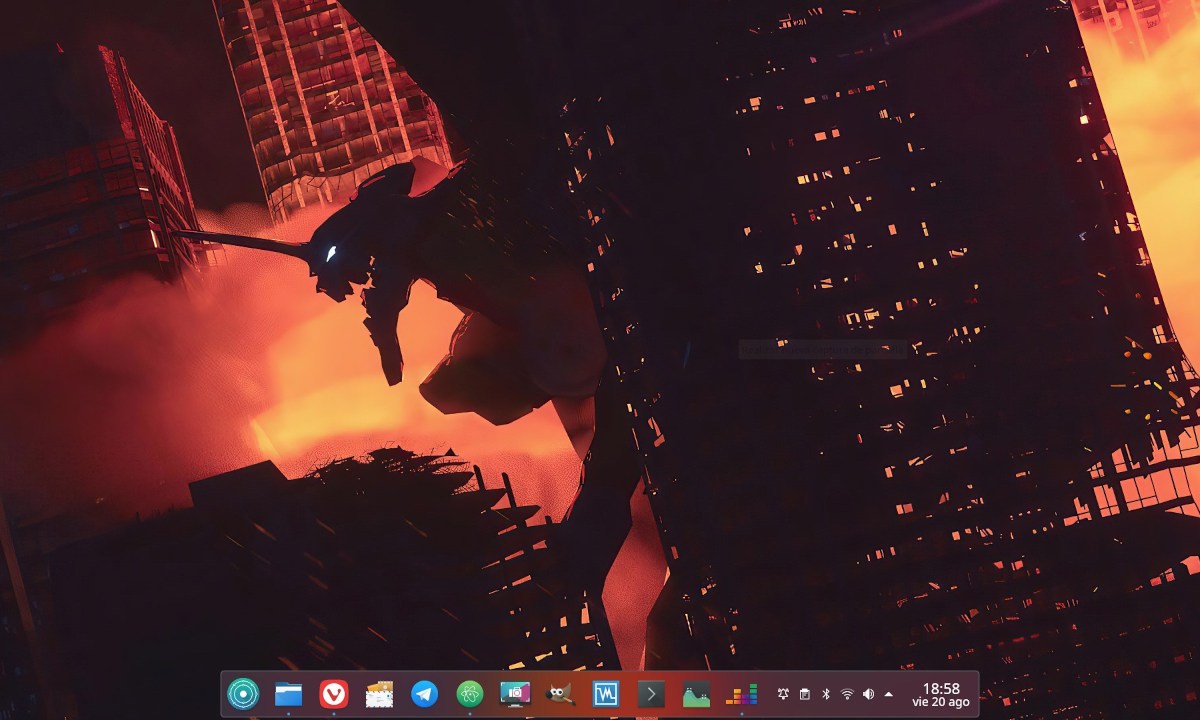 This is an ordinary Linux… but it doesn’t waste space.

I finish with this reflection that surely many of you will not share and even offend you (I understand that terms like incompetence or cowardice sound strong, but my intention is not more than to give forcefulness to this opinion, because that’s how I conceive it) with a screenshot of another desktop that is neither Chrome OS, nor Mac or Windows: it’s Linux, one of many, although in this case it’s the one I use in my day to day (the screenshot is the one I shared in the annual ‘festival’ we celebrate in MuyLinux… stop by to take a look, see if Linux looks ugly to you or not).

I’m not saying that the concept in that screenshot is better or worse than many others, but at least it makes sense by not wasting space, contrary to what happens with Windows 11. Is the classic Microsoft desktop layout used from Windows 05 to Windows 10 more practical? Possibly. Better still is the Mac paradigm with the lower dock as a task manager and the upper panel holding the global menu, system tray and so on? More than possibly.

What I’m saying is that there are better and worse ways of doing things, and the one Microsoft has chosen for Windows 11 is debatable to say the least. I confess: I don’t like the empty left corner of the panel, it makes me sick to my stomach… and I’ve been there, done that for a long time, and that’s what this article is about. That is, this article. Wrong, Microsoft! (Everything you’ve read in this post is an outburst, yes, but I think it’s reasoned. If you think differently, let me know in the comments, but with arguments, please; and if I’ve been deeply wrong in something important too: I’ll be very glad to know it).

Cloud gaming coming soon to Xbox Series… and Xbox One!