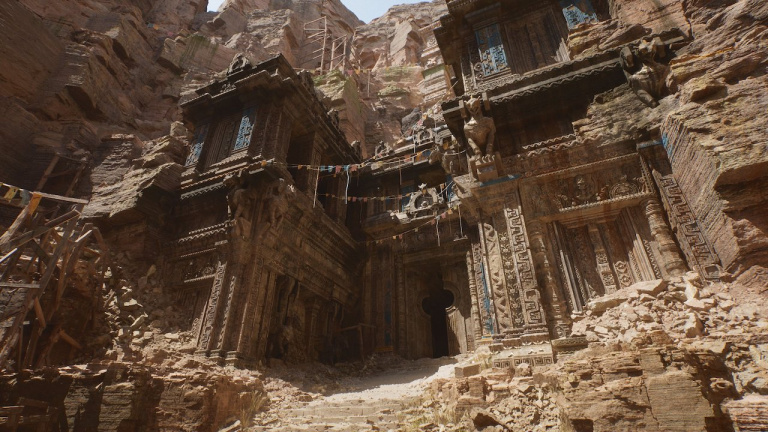 Remember: on July 3rd, we announced that the studio behind Gears 5, namely The Coalition, was planning to unveil a technical demo in the following days, that is to say on July 20th during the GDC 2021. Today, the studio is sharing two new test video clips, including one dedicated to the Alpha Point demo.

The Unreal Engine 5 presented itself to us over a year ago. When we discovered it, we were blown away by the incredible rendering and performance it promised us. However, the engine is still in development and is currently not quite ready to be used by the entire video game industry.

While this new engine will bring some future games to life, such as Senua’s Saga: Hellbalde II, others are slowly preparing to begin their transition to it, such as Fortnite

. Right now, studios are still in the early stages of trying to tame the beast.

Right after GDC 2021, The Coalition is giving us a new look at what the engine is capable of doing on Xbox Series X. In a first video of almost 1.5 minutes, we see a character that the camera scans, from his face to his equipment, to dissect the smallest details.

The second video, entitled “Alpha Point”, takes us through ancient ruins until we come across a mysterious floating artifact. The latter then makes the rubble around it react in a ballet of light effects before ending with a fade to white.

See also  A Plague Tale: Innocence available at a discount on PS4

Although very short, these two test videos are no less impressive when you take the time to examine the rendering of the smallest stone, the smallest root or the smallest magical and incandescent effect. These first glimpses leave us dreaming about the results that the engine will eventually be able to display.

Readers-testers LG Styler : opinions on the ease of use