The Ascent: the cyberpunk game launches in a violent and well-paced trailer 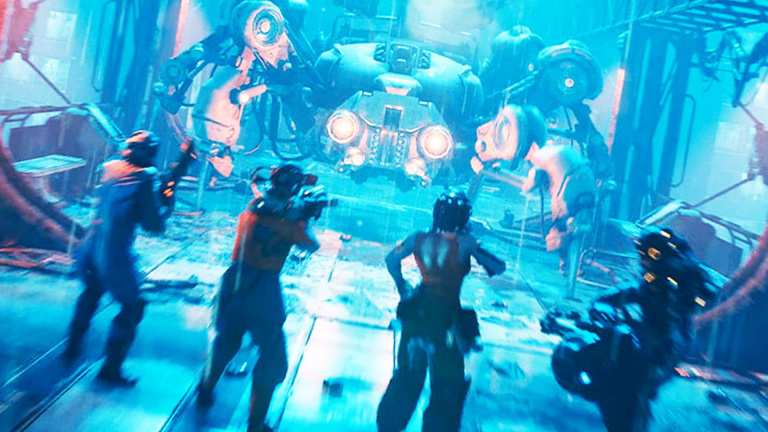 Game News The Ascent: Cyberpunk Game Launches in a Violent and Fast-Paced Trailer

If you’re a PC or Xbox gamer, then you should seriously check out The Ascent, a Microsoft exclusive that just became available. Spoiler: it’s a successful title, and this trailer was released precisely to make your mouth water.

Cyberpunk fans be assured that video games are not done with the theme so beloved by a large community, and The Ascent

is here to remind them. The Ascent is an isometric (and therefore distant) view adventure, playable in cooperation with up to four players and taking place in a dangerous futuristic city where our team will fight bandits and robots. Punctuated by a fearsome but nevertheless enjoyable violence, this journey, just released on PC, Xbox Series X|S and Xbox One, is really convincing.

In addition to a successful atmosphere supported by a beautiful artistic direction, The Ascent likes to deepen its gameplay mechanics thanks to the rather permissive increase of our playable character… and of all his weapons. So we end up with a spectacular shooter in more ways than one, but we’ll let you see for yourself with this nice launch trailer, or with our recently published review

. Or directly with the full game, available for purchase.

Trailer Guild Wars 2: End of Dragons takes you on a journey to the best fishing spots

Hades available in GamePass : find all our beat’em All guides and tips

Mercedes to go all-electric in 2030 and unveils plan