Test of the game Death’s Door 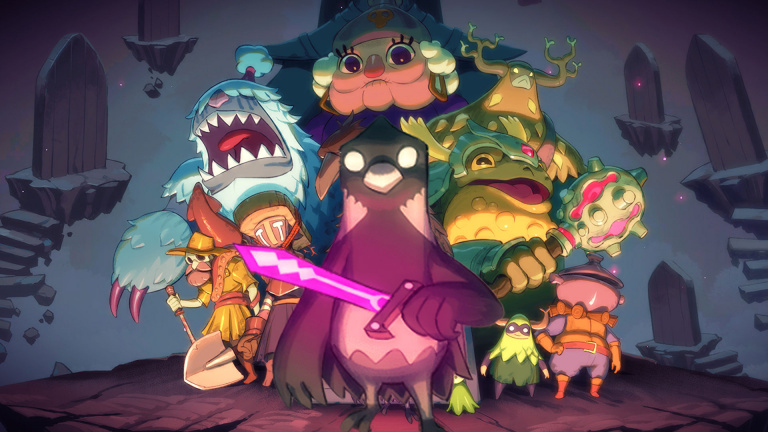 Since its first presentation last March at ID@Xbox, Death’s Door has seduced players with its intriguing universe. The title from Acid Nerve, published by Devolver Digital, offers you the chance to play as a little soul-sucking raven. Now available on PC and Microsoft’s machines, does this new adventure at the crossroads of The Legend of Zelda and Hollow Knight live up to its inspirations?

After having worked with Devolver Digital for the first time in 2015 to present us with the amazing Titan Souls (a game with a tough difficulty pitting an archer against fifteen or so colossi), Mark Foster and David Fenn, the two talents of the independent studio Acid Nerve, decide to repeat the operation to deliver Death’s Door. This production, even if it shares many points with Titan Souls, starting with its isometric view, differs greatly from its elder brother by choosing to put you in the shoes of a chick who works for Death himself.

The A.D. and beyond 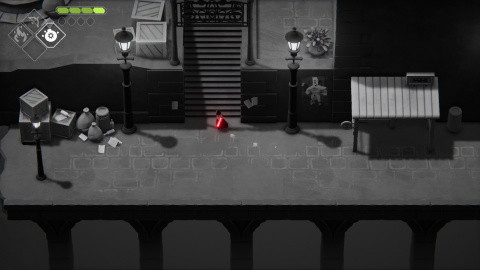 It all begins when the young bird first sets foot in the Reaper’s Commission Headquarters to retrieve his first mission: that of taking the soul of a being who has outwitted Death for too long. A mission that turns out to be more difficult than expected and that pushes our winged hero to cross different kingdoms. Fortunately, this place of work is also and above all a gigantic hub (a main square interconnected with the rest of the world), which will greatly facilitate the task of our budding reaper. From this magical place, he can walk through any door to get to his desired destination. Once you’ve chosen your address, all that’s left to do is pick up your weapons to take on the many enemies that stand in your way and launch yourself into an eye-popping world. 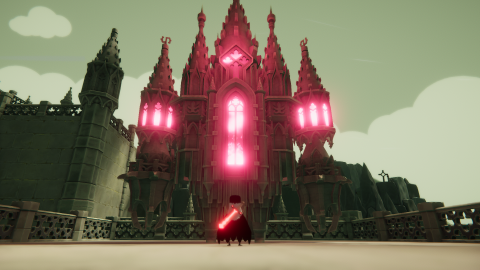 From the moment we enter the Reaper Commission offices, the atmosphere, reminiscent in many ways of Hollow Knight (Team Cherry’s successful metroidvania), is set. With Death’s Door, Acid Nerve unveils a dreamlike world with monochrome tones (which suits our feathered hero so well) and small touches of disparate colors. This macrocosm intrigues as much as it seduces and irrevocably makes you want to explore it. It’s a good thing, because the player will discover landscapes that are sometimes dark and gloomy, sometimes shimmering and colorful, but always charming. The whole is moreover sublimated by the various elements of decorations with rounded contours which contrast strongly with the dark tone of the story and which

As you can imagine, it constantly comes back to the theme of death and all the fears it generates. As for the musical scores, they are intoxicating, and compose with the progress of our young fighter by playing in rhythm with the different platforms that inhabit the scenery or by accelerating the pace during the action phases. 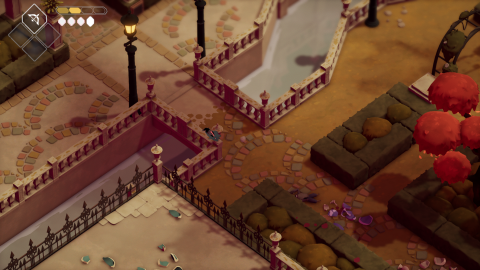 Forget the minimalist gameplay of Titan Souls, which allows you to shoot gigantic colossi with a single arrow, because with Death’s Door, Acid Nerve is more inspired by the mechanics of the first The Legend of Zelda

. Our feathered hero has to fend off monsters with hand-to-hand sword blows that can be expertly punished by the opponent. For safety, he can also perform ranged attacks. To use these attacks, it is imperative to recharge them by going directly to the contact. The goal is to make these fights more dynamic by encouraging the player to take risks even if it means losing feathers… And it works very well! 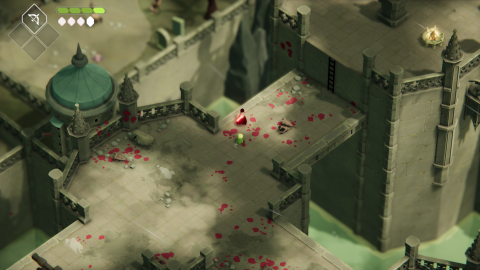 These enjoyable fights are indeed a great part of this animal epic allowing players to perform nice choreography (in addition to the various attacks mentioned above, our avatar can also perform rolls to avoid enemy attacks, charge his blows, return projectiles or use his magic). However, even if the whole thing works well thanks to beautiful animations and opponents that force the player to be constantly on the move, this aspect does not manage to reinvent itself throughout the eight to ten hours of gameplay required to reach the end of the adventure. The five available weapons are used in exactly the same way and three of the four powers are simple projectiles. To counter this little problem, the hub has a small shop that allows, for lost souls, to improve the strength, the speed or the range of our hero’s strike. But despite everything, this does not change the approach to combat.

Often compared to a roguelite (which it is not) or a Souls-like, one might have expected Death’s Door to be a particularly difficult title, but don’t worry, it’s not. Even if the action/adventure game remains demanding and requires you to go over it several times for some passages, the whole remains accessible to most people. The difficulty is particularly well balanced and regular save points are hidden in the four corners of the map. Still to simplify your progress, some items can even be used at specific locations to recover all your life points.

Death’s Door : The first 15 minutes of the latest Devolver game 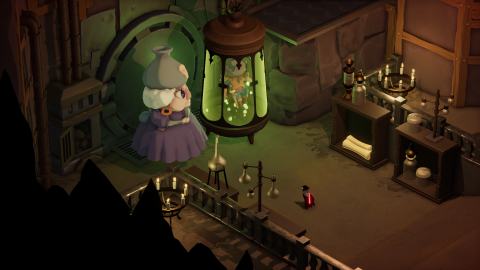 ‘s Door is not just an action game. Just like Hollow Knight that we already mentioned above, the new creation of Acid Nerve is also a metroidvania. Understand that the title naturally favours exploration by offering the curious to wander through four biomes with labyrinthine level-design. Don’t hesitate to retrace your steps after collecting skills to solve certain puzzles with unfortunately too childish mechanisms, open previously inaccessible passages and discover priceless treasures. Note that you must rely on your sense of direction to reach these areas since the game does not provide any maps or directions. Nevertheless, the whole game is well constructed so that you never (or almost never) get lost. In addition to the different doors in the main hub that take you where you want to go, Death’s Door constantly unlocks new shortcuts within the different levels to avoid having to travel for miles.

See also  Preview Clid The Snail: A Snail that Gets You Down? on PC 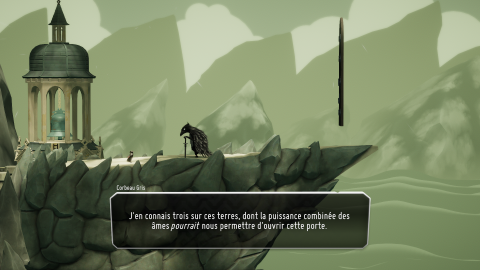 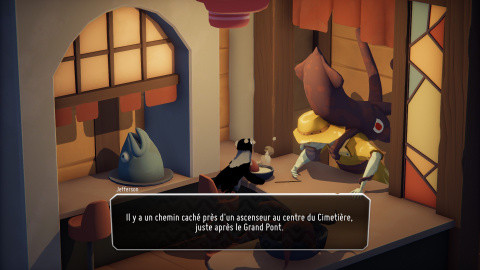 On the way, the player encounters significant characters, each with a tumultuous past full of regrets. To tell you the truth, this is one of the greatest strengths of the title. Whether hostile or friendly, these protagonists never cease to make you smile and move you as they tell their stories, which often echo the wisdom, poetry and themes of Hayao Miyazaki’s films. The different stories and dialogues are so well written that we would have even appreciated more meetings and that the whole is much more talkative.

With Death’s Door, Acid Nerve hits the nail on the head once again. The British studio unveils here a magnificent epic which, admittedly, may lack originality in its content, but charms by its form. In addition to enjoying spectacular confrontations, the action/adventure game makes you travel by revealing an inspired universe. The world of Death’s Door is full of nuances and is constantly highlighted by its varied artistic direction, its rhythmic sound design and its characters torn between life and death. Sold at a small price, the title published by Devolver Digital is in our opinion the breath of fresh air not to be missed this summer.

Read readers’ reviewsGive your opinion on the game!

Microsoft Office applications will no longer work on Chromebook