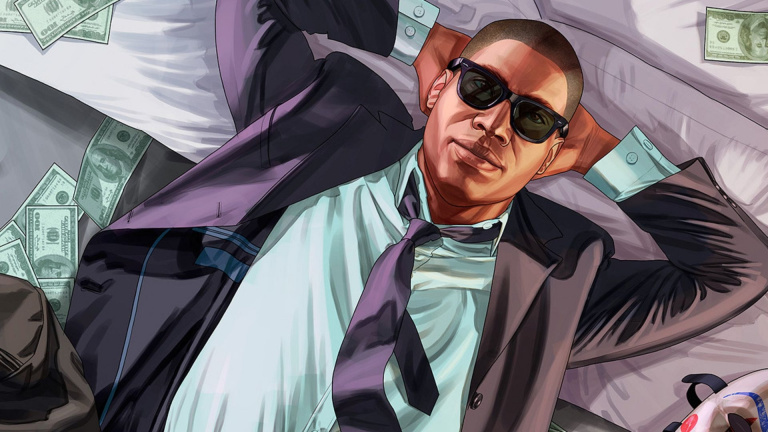 Sales figures, studio buyouts, financial statements, the developer mercato, investments… if you’re interested in these topics, you’ve come to the right place. Here is a review of the past week’s business news. 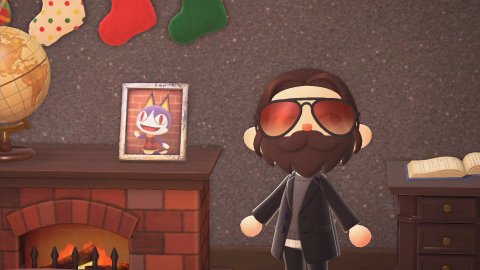 After an exceptional year in 2020, which will have to be set apart as the circumstances were so particular, Nintendo has unveiled this week the results of its first fiscal quarter 2021-2022. Despite a 10% drop in sales to 2.48 billion euros and a net profit down 13% to 714 million euros, everything is going well for the Japanese firm. Without heavyweights such asAnimal Crossing: New Horizons, which has now sold 33.9 million copies (+ 1.2 million), it was logical to see the figures fall. Switch sales have also slowed down compared to last year with 4.49 million Switch sold in the quarter (-23%) a total of 89.04 million consoles distributed since release. In the same vein, game sales also slowed down with 45.79 million units (-11%), knowing that games only sold in dematerialized form are not counted. For the quarter, New Pokémon Snap won with 2.07 million copies sold, not including Japan, where the title is published by The Pokémon Company. 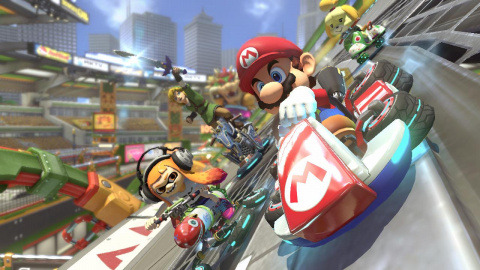 Mario Golf: Super Rush, for its part, convinced 1.34 million buyers, which puts it just behind the Nintendo 64 episode (1.47 million). Miitopia, which had its own little buzz, managed to sell 1.04 million copies, almost the same as the original 3DS title in three years. More generally, Mario Kart 8 Deluxe continues to dominate the sales chart with 37.08 million copies sold (+1.6 million), ahead of Animal Crossing New Horizons and Super Smash Bros. Ultimate, which sold 24.77 million units. Super Mario 3D World + Bowser’s Fury reached 6.68 million copies sold, surpassing the sales of the original WiiU game. Finally, Nintendo announced that it was satisfied with its cash reserves, which led to the launch of a plan to buy back 1.8 million shares for approximately 770 million of euros. This is to reward shareholders and reduce the number of shares outstanding. 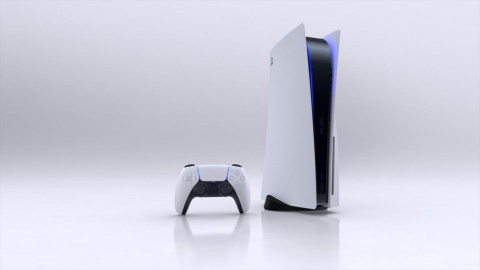 A few days ago, Sony announced that it had sold 10 million copies of its PS5, while ensuring that it had secured the components to reach 22.6 million by March 31, 2022 and thus achieve the goal of 14.8 million consoles sold over the fiscal year. In the first fiscal quarter, Sony recorded a turnover of 4.7 billion euros, a new record, but saw its operating profit fall from 956 to 643 million euros. A drop that can be linked to the manufacturing costs of the new console, and to the drop in game sales. The PS5 is also announced as being profitable for the model with a Blu-Ray player. However, while PlayStation Plus and PlayStation Now subscriptions account for 16% of revenues, PS Plus lost over a million subscribers compared to the last calendar quarter, dropping from 47.6 to 46.3 million. This is a drop not seen in two years, and should be seen in conjunction with the 5 million drop in PlayStation Network users (to 104 million), which Sony blames on the overall end of confinements.

Of course, 104 million isn’t a strong number, but does that count as a downward trend? We don’t think so,” commented CFO Hiroki Totoki.

For the details of game sales, we refer you to our business recap from last week, accessible here. Let’s end this paragraph by looking at the case of the PS4, which doesn’t represent much in sales anymore. With 116.4 million units sold, the console sold “only” 500,000 units in the last quarter, compared to 1.9 million last year over the same period. 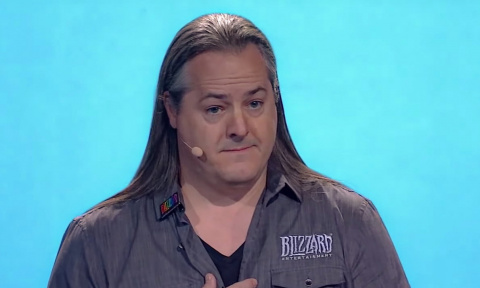 In November 2018, Blizzard’s historic president Mike Morhaime announced his departure, replaced by J. Allen Brack. Nearly three years after his accession to the leadership of the studio, he announced his departure to “‘pursue new opportunities. This resignation takes place in a particularly difficult context for the company, targeted by a complaint from the State of California, and numerous testimonies from employees or former employees denouncing numerous toxic and inappropriate behaviors. This led to a strike and the presentation of demands last week, supported by employees of other major groups, including Ubisoft. J. Allen Brack was immediately replaced by Jen Oneal, who joined Blizzard in January from Vicarious Visions, and Mike Ybarra, who left Microsoft for Blizzard in 2019 after nearly 20 years in the business.

Both leaders are deeply committed to all of our employees, to working to make Blizzard the safest and most welcoming place to work for women and people of all genders, ethnicities and sexual orientations, to upholding and strengthening our values, and to restoring your trust, says Alegre, chief operating officer at Activision Blizzard. 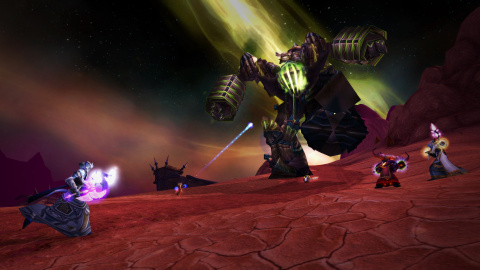 In the midst of all this, Activision-Blizzard, like the others, reported its fiscal first quarter results. Activision-Blizzard made €738.3 million in profits, doing much better than last year’s €488.8 million in the same period. Turnover is up to 1.9 billion euros, with operating profit soaring from 631.3 million last year to 808.3 million this year. Very big figures for a quarter with no big releases, indicating that the service strategy adopted on many titles continues to bear fruit. After this quarter, the group plans to pass 7 billion euros in sales. As expected, it’s game spending and subscriptions that bring in the most money (€1.4 billion), ahead of game sales which account for €478 million.

Between June 2020 and June 2021, however, there was a loss of 20 million monthly active users, from 428 million to 408 million. Blizzard, despite the release of World of Warcraft: The Burning Crusade Classic, lost 6 million active players overall, while King went from 271 to 255 million active users. Finally, it’s worth noting that according to Kotaku, T-Mobile has pulled its balls out of the Call of Duty and Overwatch eSports leagues in the wake of the recent deals. 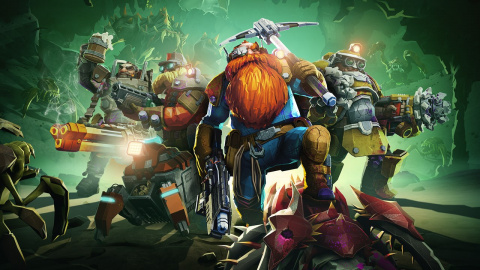 Embracer Group’s appetite seems limitless. Already controlling several labels including Saber Interactive, Coffee Strain and Koch Media, and nearly 80 studios worldwide, the group of over 8,000 employees has just announced the acquisition of 8 new studios, spread across the various labels for a minimum of 265 million euros. The bill can be raised by 196 million if the operating profit of the acquisitions exceeds 98 million euros by the close of the 2025-2026 fiscal year. The first purchase is none other than 3D Realms (Duke Nukem, Ion Furu), which currently has 7 employees, and falls into Embracer’s lap alongside Slipgate Ironworks, which worked on Ghostrunner, has around 100 developers and is working on a port for THQ Nordic. Both studios are joining Sabe Interactive.

The Coffee Strain subsidiary acquired Easy Trigger and Ghost Ship Games, the latter of which is behind the successful Deep Rock Galatic game and has 26 employees. The mobile sector is also being strengthened with the acquisition of CrazyLabs, a developer and publisher boasting 4.5 billion downloads and more than 112 million monthly users, notably on Super Styliste.

I am delighted to welcome more than 500 top talents in a wide range of established businesses that will further diversify and strengthen the group worldwide. Brick by brick, we continue to improve our operating groups and therefore Embracer as a whole. We continue to have a strong balance sheet and considerable net cash to support further M&A in the future,” says Lars Wingefors, CEO of Embracer, in a statement. 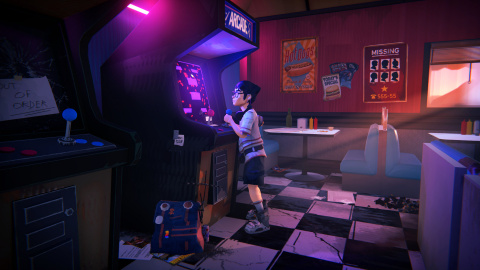 A French studio is one of the 8 studios, and it is DigixArt, which is about to release Road 96 and which we already knew for Lost in Harmony and 11-11: Memories Retold

. The studio joins the Koch Media subsidiary, but there are no changes in the structure. Finally, virtual reality has not been forgotten, as we find among the lucky ones the Force Field studio, with 65 employees, and which worked on Time Stall or Coaster Combat. The structure joins Vertigo Games as a subsidiary, itself placed under the leadership of Koch Media. Finally, we should note the acquisition of Grimfrost, an online store specializing in the sale of “Viking” products. 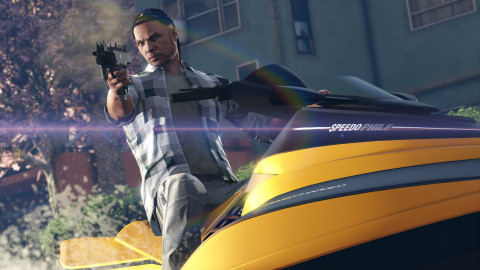 A few weeks after presenting an exceptional annual report, Take-Two Interactive has unveiled the results of its first fiscal quarter 2021-2022. Sales are down compared to 2020, dropping from €700 million to €685 million, but operating profit is up sharply from €69.1 million to €143.5 million. Net profit is unprecedented at 128.2 million euros, compared to 74.5 million euros last year. The company is planning for continued growth over the next few years, which will give it a free hand to recruit. Take-Two currently employs 5046 people, up from 4301 in 202 and 3447 in 2019. The numbers are equally mind-blowing when it comes to game sales, as we’re told that Grand Theft Auto V

, published under the Private Division label, has passed the 4 million copies sold mark. In parallel to all this, Take-Two has launched a mobile division, which will manage Social Point, Playdots and Nordeus. A logical decision, when you consider that mobile accounts for 10% of the turnover of the first fiscal quarter. 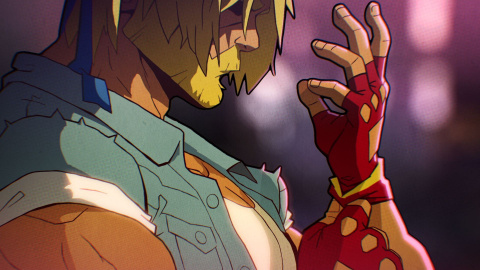 This is the big news of the week in the French video game industry. Focus Home Interactive, now a well-established double-A specialist, announced this week that it has acquired DotEmu, which specializes in successfully modernizing historical licenses. Metal Slug Tactics, Streets of Rage 4, TMNT: Shredder’s Revenge, Wonder Boy, Windjammers 2 are just some of the titles produced by this studio, which joined Focus for 38.5 million euros, which corresponds to 77.5% of the capital.

Joining the Focus Home Interactive Group was an obvious choice for Dotemu. We share the same passion for video games, the constant will to improve, as well as the same values of respect and benevolence towards our teams and partners. While continuing its activities, this new collaboration will allow Dotemu to benefit from the undeniable know-how of Focus Home Interactive’s teams for the production of AA titles and thus launch the production of future remakes or sequels on licenses of the first generations of 3D consoles, says Cyrille Imbert, CEO of DotEmu.

This purchase will allow DotEmu to continue and develop its activities. But the studio would like to export its know-how to the cinema. In the columns of IGN, the CEO of DotEmu has shared his intentions:

the next step, we would love to be able to exploit old licenses from the 80’s movies, Conan for example would be a blast but not only that, we have many licenses in mind

In short, in this week’s business news

KoF 15: Ash Crimson goes all out in a flashy gameplay trailer

Returnal: one of the favorite games of the year from one of the masterminds behind Hades

NBA 2K22: Where to pre-order the title at the best price?