Splitgate : Good news announced for the FPS halfway between Halo and Portal 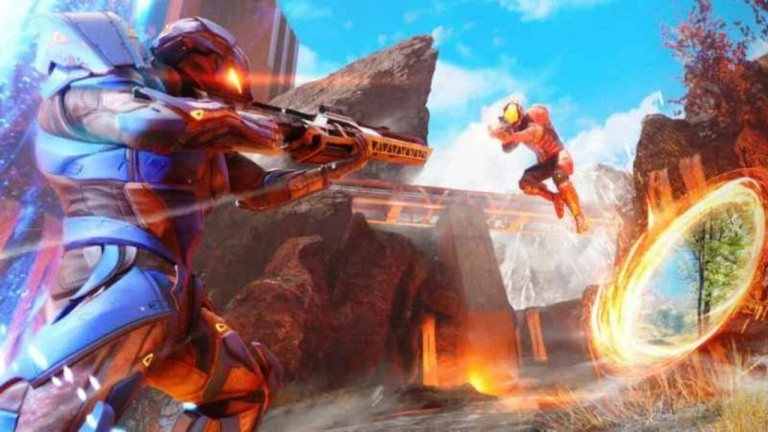 Available for two years on PC, Splitgate is living a second youth thanks to the launch of a public beta on home consoles. A huge success, which unfortunately forced the four developers of 1047 Games to postpone the release.

‘s servers are having a hard time keeping up with the load. This influx has triggered a series of technical issues that the developers need to resolve before moving forward. The title was expected to be released tomorrow, but has now been pushed back to an unknown date on PC, PS5, PS4, Xbox Series and Xbox One in “final” form. However, shortly after the announcement of the postponement, which we told you about only a few hours ago, three good news came out about this FPS that mixes some mechanics from Counter Strike, Portal, or Halo.

THE ANNOUNCEMENT:
– We have acquired $10 million in funding to expand our dev team/increase server capacity!
– Beta is extended, servers will be back tomorrow with planned launch content!
– You will be able to finish your Beta Battlepass!https://t.co/gqPDE5uhj2-

In this tweet published on the official account of the game, we learn that the open beta will be extended for an indefinite period of time, that 10 million dollars have been raised to expand the development team and server capacity, but also that players will be able to finish the Battle Pass of the beta. Three good news in one for players, who can only wait until tomorrow and the re-launch of the servers to find the title.

See also  Grow Song of the Evertree: A release date and a beta to come for the title from 505 Games

Pixel 5a: Europe deprived of Google’s smartphone reserved for the US and Japan

Nvidia posts another record quarter but disappoints on crypto GPUs