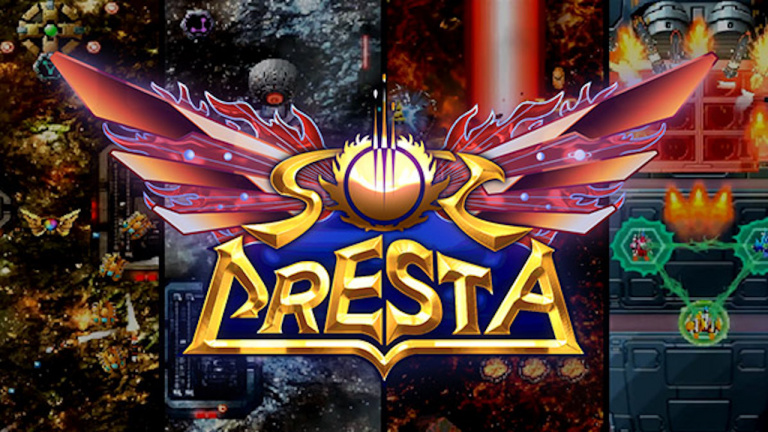 It’s a 40+ year old franchise that PlatinumGames is about to resurrect. Factious, the development studio had led us to believe that it was a prank so much we were learning about it on April 1 every time. But four months after its last announcement, Sol Cresta proves, once again, that it does exist.

So we had to wait a few months before we could have news about the Sol Cresta project again. Yesterday, during the PlayStation Indies event, the studio PlatinumGames and Sony gave us a new trailer that highlights the gameplay of the game.

The result of a collaboration between PlatinumGames and Hamster Corporation, Sol Cresta invites us to take control of three ships with different shooting formations in order to adopt the most suitable strategy for the different levels of this vertically scrolling shoot’em up.

For the occasion, the project’s creative director, Hideki Kamiya(Resident Evil 2, Okami, Bayonetta 1 and 2), spoke at length in an article on the PlayStation Blog about the genesis of Sol Cresta and the long and difficult road he had to travel.

He confirms that Sol Cresta will close the Cresta series, forming a trilogy with the episodes Moon Cresta (1980) and Terra Cresta (1985). This idea to give life to a third part came about three years ago when Kamiya was still thinking about experimenting other games, in addition to the action ones that are the studio’s trademark.

It’s during a discussion with Atsushi Inaba that the studio put a boost on the project. Kamiya first wanted to make sure the game could offer a unique experience, so he opted for the vertical three-fighter shooter we’ve come to know.

See also  Facebook's smart Ray-Bans launch at $299, but not in France

The Cresta series was the perfect source material for Kamiya, who wanted to take the games he loved and improve their gameplay and features. However, the rights of the original games, developed

s, were owned by Hamster Corporation. But all’s well that ends well since during the meeting with the group’s president, Satoshi Hamada, the project was directly accepted.

Sol Cresta will be released on PS4 in 2021, without further details for the moment, as well as on Switch and PC

Demon Slayer: The Hinokami Chronicles trailer: a teaser for the characters