An ultra widescreen monitor is excellent for work, especially those with the 32:9 format, as they can work as two full monitors and take up less space and usually require fewer video input interfaces. But the Samsung Odyssey Neo G9 is not only an excellent ultra-wide monitor, as it is also an excellent gaming monitor for the great image quality it offers thanks to the implementation of mini LED technology, which is the differentiating factor with its predecessor.

If the Samsung Odyssey G9 was already an excellent monitor, its successor is much better as it uses the same mini LED technology as the company’s QLED TVs. The difference with the conventional LED? The fact that it’s 40% the size of a conventional LED, allowing for more of them on the same surface. Which allows the Samsung Odyssey Neo G9 to have 2048 dimming zones across the panel, which combined with a static contrast ratio of one million to one, brightness of up to 2000 nits, support for Quantum HDR 2000 with support for up to 12 bits per color component and sRGB of 125%. 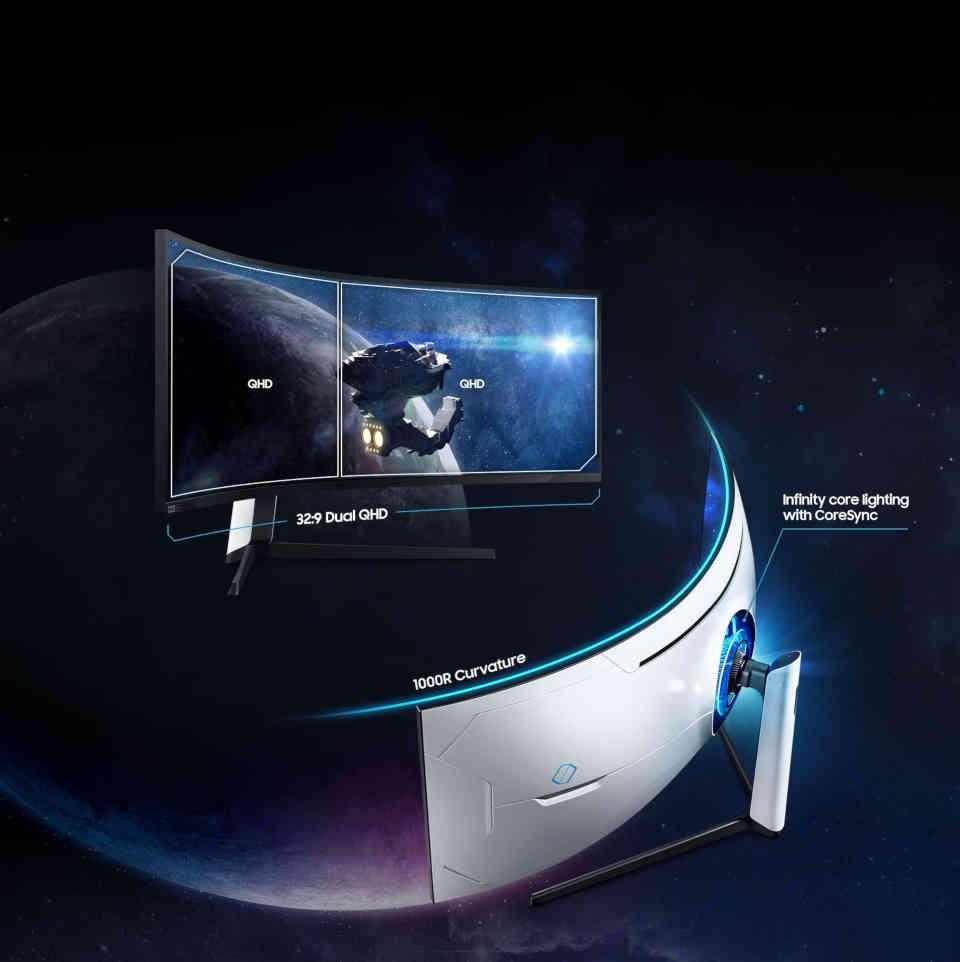 The Samsung Odyssey Neo G9 is a 49-inch ultra widescreen monitor, with a 32:9 aspect ratio that allows it to offer a resolution of 5120 x 1440 pixels, with a refresh rate of 240 Hz and a response time of 1 ms. As for its curvature is 1000R type and is certified by TUV Rheinland. The Samsung Odyssey Neo G9 can also work as two QHD monitors at the same time and display images from two different signals at the same time. So it can also serve as a monitor for two devices.

As for the video inputs that brings the monitor we have DisplayPort 1.4 and HDMI 2.1 ports with support for Variable Refresh Rate through NVIDIA G-SYNC and AMD FreeSync. So this is a monitor that is not only great for work, but also for gaming. Especially for those games that require a much larger field of view.

The design of the Samsung Odyssey G9 is built with a black frame, with the back in gloss white, with a ring of RGB lighting that supports up to 52 colors and five ways to display them. Lighting that we can program and coordinate with the rest of the components of our gaming setup through CoreSync.

The release date of the Samsung Odyssey Neo G9? It will be available for pre-order from July 29, 2021 and its release date will be next August 9.

Matrix Resurrections: the writers give their point of view

Concept #1 : here is the electric SUV by… Smart!