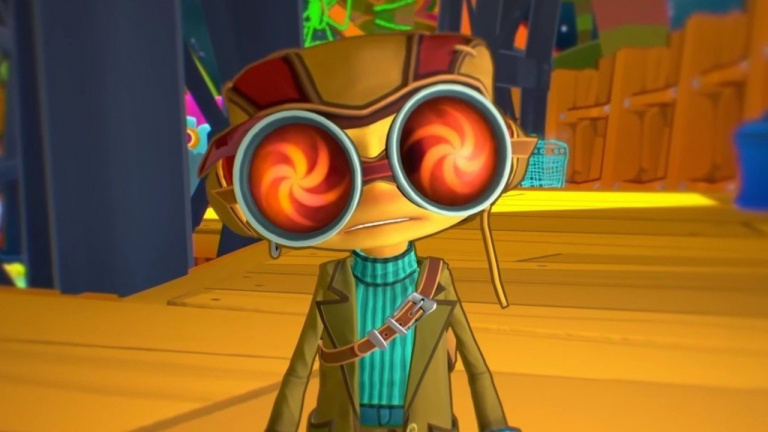 August is often punctuated by cheeky sunburns, the warm sand of a shimmering beach or (not necessarily) successful dives into an azure blue pool…. Well, that was more the case before the pandemic, the economic crisis and all the rest of the stuff that gets in the way. If you’re not lucky enough to go on holiday, but have a bit of money to spend on your favourite pastime, rest assured that there are plenty of video games coming to the PlayStation 4 in the next few weeks, and they might just give you the chance to get away from it all, which isn’t so bad. 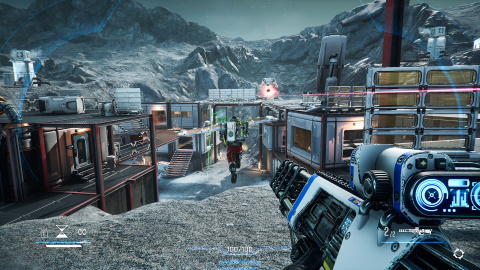 Breaking new ground in multiplayer FPS isn’t easy, but that’s what Frontier is aiming for with Lemnis Gate, a futuristic action game unlike any other. Here, it’s an experience where you’ll face bots… that will reproduce the actions of your opponent in the previous round. In other words, you’ll find yourself fighting against an NPC reproducing the exact same movements of your opponent, with an interesting escalation system. We had the opportunity to put our hands on the game, and this excerpt should probably give you an idea of how this concept works: “To put it simply, the J1 runs towards his objective. On the next turn, the J2 fights against a bot that replicates the exact same moves and shots as the J1. On the next turn, the J1 can interact with his own bot and the J2’s bot. This escalation continues until both players have each played 5 rounds, so in the end it’s the player who comes out on top from all these interactions that wins.” If you haven’t figured it all out, we suggest watching a trailer to get you in the mood, but we swear the title might be worth it. 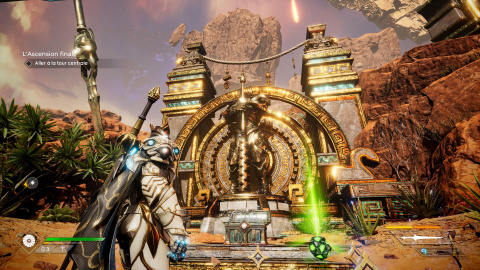 The first game from a newly founded studio, Godfall had the honor of being the very first software officially announced for the PlayStation 5, even though the machine hadn’t even been revealed by Sony yet. The title then received impressive media coverage, especially since it was a home console exclusive (the I

u was also released on PC) present in the line-up of the white monolith. Almost nine months later, Counterplay Games finally decided to bring its work to PS4: we’re curious to see how this cooperative slasher-looter will turn out, as it was technically boasting of the PS5’s performance. Despite a certain repetitiveness and sometimes light mechanics, Godfall

See also  Destiny 2: The Witch Queen expansion will not be in the Game Pass

is still an efficient action game with real good ideas, coupled with an attractive art direction. A perfectible but promising first draft for its American authors. 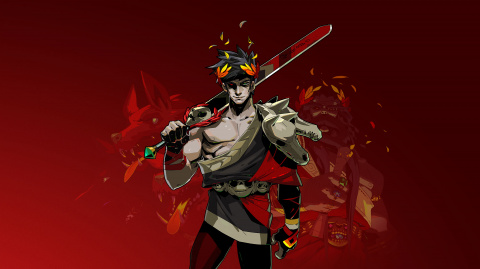 big sensation when it was originally released on PC and Switch, and for good reason: this rogue-like game relies on absolutely life-saving gameplay, a sharp art direction, nervous and well-balanced confrontations, intimidating bosses… and again, the list is long. In other words, this game in which you have to escape from the underworld is nothing less than JV’s GOTY 2020: we can therefore rub our hands in anticipation of the PS4 version, which will be released on August 13th. Really, if you haven’t had the chance to try it out, we can’t recommend it enough. 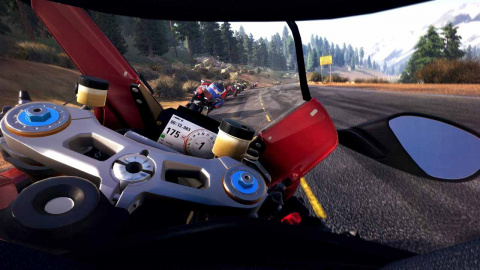 Racing games will probably never get tired, and motorsport enthusiasts will be delighted to learn that a new simulation will be arriving on August 19th: it

, a title entirely dedicated to the world of motorcycles, developed by Race Ward and published by Nacon. Here, it’s all about authenticity with a ton of real motorcycle racing licenses, real tracks, a complete career mode with team management, online competitive play and many possible customizations. What’s

more, the app boasts of having developed a whole technology to faithfully transcribe the sensations of the riders, first-person view in support: so we’re keeping our fingers crossed that RiMS Racing doesn’t make a false start and that it proves to be a good alternative to MotoGP 21 or Ride 4 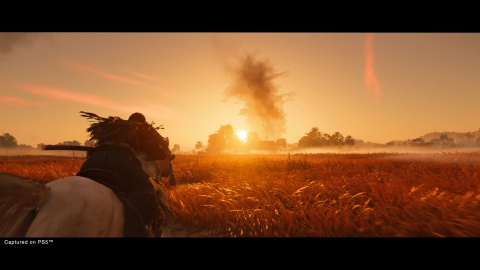 Last summer, Sucker Punch made a big splash with Ghost of Tsushima, a real commercial success that even broke some Sony records. Although imperfect, Jin Sakai’s adventure in the Land of the Rising Sun showed a breathtaking artistic direction, a true ode to Japanese culture full of poetry and Cornelian choices. An experience that is offered again in the form of a Director’s Cut on PS4 with a large additional scripted expansion that will take us to the island of Iki. A particularly vast piece of land where the past of our fallen samurai will come out, which will be supported once again by jaw-dropping environments and fights as sharp as they are demanding. Moreover, let’s note that this ultimate version will obviously include the whole multiplayer part added through an update, allowing to tackle much more fanciful cooperative missions. Good to know: if you already own Ghost of Tsushima on PS4, you’ll have to pay 19,99€ to upgrade to the Director’s Cut iteration. And if you buy Ghost of Tsushima Director’s Cut 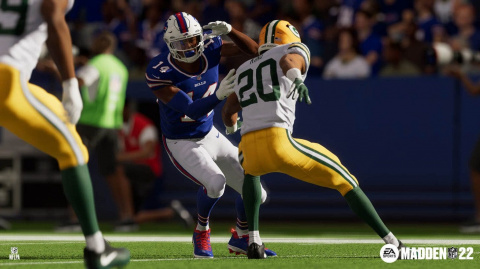 Admittedly, American football is a discipline that is not very popular in our country, or even almost absent from our sporting culture. Nevertheless, Madden NFL 22 remains one of the big budget titles from the giant Eletronic Arts, labeled EA Sports, and on which the company bets a lot at each conference alongside FIFA 22. For this reason, the title is definitely worth a look, especially since the experience looks to be as polished as ever with the integration of all official teams and licenses, a Franchise mode with improved roster management and progression, a new Career mode, and even the promise of a real follow up with three major updates: rolled out throughout the year, these will add new content on specific themes, such as spotters from September. If you’re a sports fan and looking for a simulation that’s a bit of a change, or you just like American football, Madden NFL 22

may very clearly be worth your time.

been a lot of Alien games… and not always good ones. Years after the very successful survival Horror Alien: Isolation, the hardcore action is back and it’s not a bad news : here, Aliens: Fireteam Elite takes the form of a third-person shooter playable in cooperation with up to three players, and will pit players against relentless waves of xenomorphs in typical locations of the saga. An explosive adventure that promises to be respectful of the saga with constant stress and well-oiled mechanics: eleven different aliens, synthetics, thirty weapons, seventy pieces of equipment and five character classes are thus available for games that we hope will be solid. Moreover, available at a reduced price, “only” 39.99 euros, Aliens: Fireteam Elite

is clearly one of the games to watch out for this August. 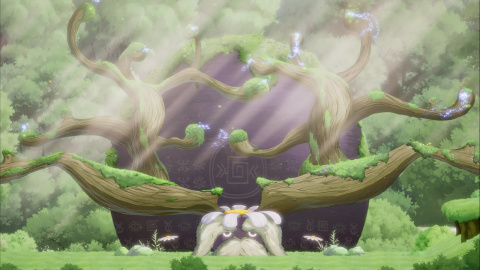 If you’re fed up with big guns, big cars or big swords, then maybeHoa

should pique your curiosity: here, we’re looking at a pure indie app developed by Skrillcat Studio, whose first production it is, by the way. It’s a platform and puzzle game with a calm rhythm, intoxicating music and almost philosophical statements. A real breath of fresh air that can also boast a very appealing art direction that is often compared to the mythical works of Ghibli and that should greatly excite you. There are works, like this one, in which we want to believe hard as iron: the appointment is therefore made for August 24. 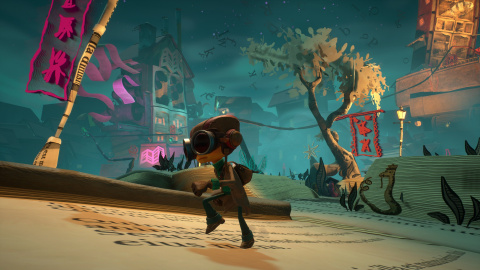 Sequel to a game dating back to 2005, Psychonauts 2 is a long, long awaited adventure. And its journey has not been easy: Tim Schaffer and his studio Double Fine Productions thus announced the development in 2015 on several consoles including the PS4, before the latter was finally bought by Microsoft. This makes the American giant the official publisher of the project, which will be released anyway, and in a way

ironically enough, on Sony’s machine: it’s an adventure game with a completely psychedelic journey in which we play as Raz, a young man who travels through minds and mentalities with a good dose of platforming and action. A completely crazy universe but nevertheless successful, bringing a very nice dose of originality that we must emphasize. After so much time, Psychonauts 2 is finally about to be released and it is certainly one of the major releases not of August, but of this whole summer. 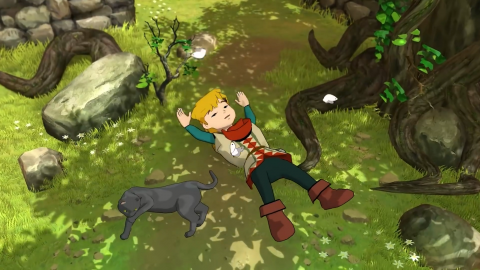 When a game qualifies as a Zelda-like, it’s already reassuring enough since it’s a base that has proven itself more than once. From the outset, Baldo is one of them, and we’ll play as a young boy battling ancient evil creatures in a large, colorful adventure with multiple environments. With sequences in isometric view and others more narrative with close-up shots, this is an experience with sparkling colors that mixes action, logic and platforming with some very nice ideas: moreover, these adventures announce a really polished artistic orientation that should not leave some people unmoved. We hope that Baldo will be THE indie game to end the month of August in style, before attacking the fall with a host of AAA games that match it.