Pokémon Unite, Gardevoir: our guide to the new character 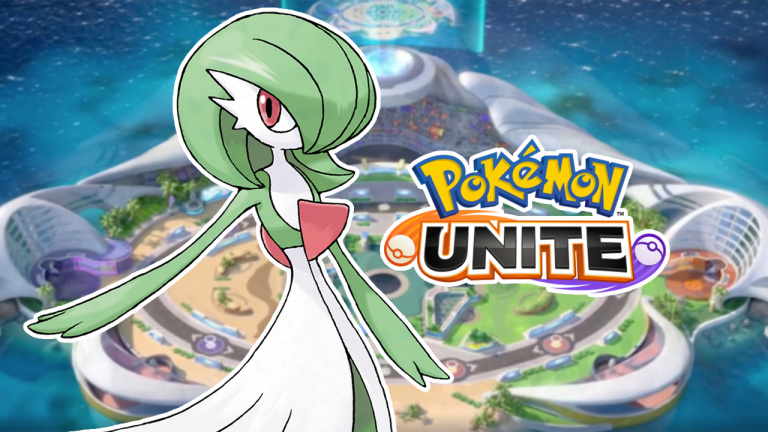 A new creature is already in the Pokémon Unite roster. If you’re looking for Gardevoir’s stats, attacks, and playable builds, you’ve come to the right place!

Gardevoir can be unlocked in the in-game shop for 8,000 coins or 460 gems. Between events and weekly coins, it will take you about 3 weeks to unlock it if you play free-to-play and focus on this purchase.

Gardevoir is a devastatingly powerful attacking Pokémon, especially in group battles, but it is extremely fragile. Between its poor mobility and medocre defensive stats, we feel it’s important to have a teammate on your lane that can protect you.

Here is what it gives :

Finally, let us note that Gardevoir evolves very late in the game. You will remain in Tarsal form until level 6, then in Kirlia form until level 10. You cannot thus allow you to be even a little bit late on the level of the xp. Gardevoir is said to be a “late game” character.

Gardevoir only has very long-range area abilities. In addition to hurting a lot, this Pokémon is great for team battles and controlling its lane while waiting for its levels to rise. When playing it, be very careful of the jungle you may be jumping through.

Gardevoir’s auto-attacks have the big advantage of having a huge range. The farm as the theft of last hit are greatly improved. The third auto-attack hits a little harder and in zone. Non-negligible bonus: this same 3rd boosted attack decreases the target’s Special Defense, which is useful when engaging in combat. We strongly advise you to charge it before using your other abilities!

Before we talk about cooldown attacks, let’s start by talking about Gardevoir’s passive, called “Talent” in the Pokémon games. The Synchro Talent allows it to apply any status alterations it suffers to its opponent. Simply put, if a Pyrobut burns you, you will burn it back. If an Alola Feunard slows you down, you will slow it down. Be careful, between two uses of Synchro, there is a cooldown of a few seconds. 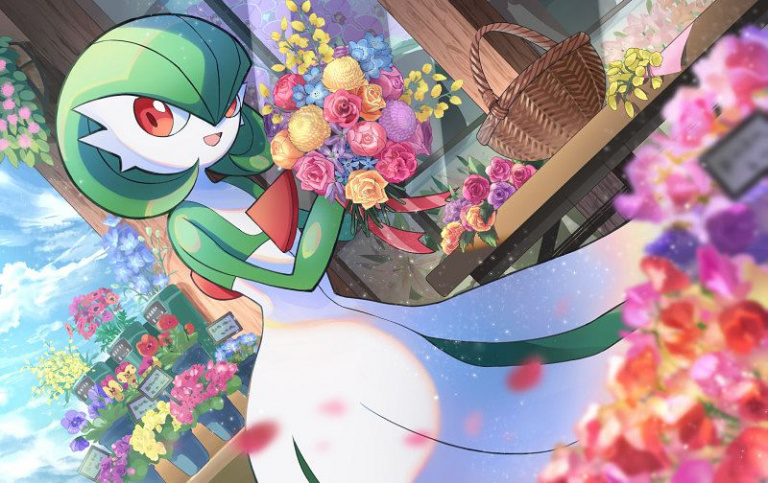 At level 1, we advise you to You can learn Mental Shock (“Confusion” in English, attack present on the ZR key). This is a ranged attack that allows you to hit all the enemies it crosses. The cooldown is 4.5 seconds.

You will therefore learn Teleport at level 3. As the name suggests, Teleport will simply teleport you wherever you want with a very nice range. This ability boosts the power of your next auto-attack so make sure it’s a charged auto-attack! Teleport’s cooldown is 11 seconds.

At Level 6, Tarsal evolves into Kirlia and will replace Teleport with either Psy Shock (Psyshock) or Prescience (Future Sight).

Psy Shock causes 3 waves of psychic energy to rain down in a circular area. When the ability is upgraded, each wave hurts slightly more than the previous one. The cooldown is 7 seconds.

As we’ll see below, Prescience is probably the best attack in the entire Garveroir set. This zone attack only triggers after a short time (about half a second). In return, it does monstrous damage. Even better: after upgrade (at level 12), Prescience’s cooldown is reset when the attack hits an opposing player. With precision, it is thus quite possible to spam Prescience every 0.5 seconds at the end of the game. The rest of the game, you will have to wait 8 seconds between 2 Prescience! 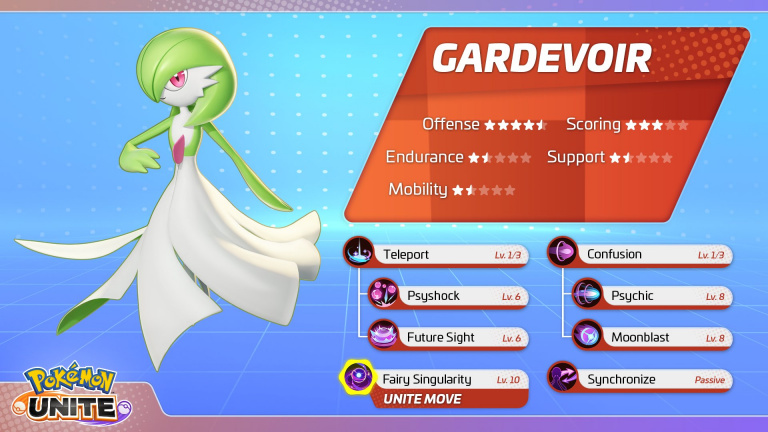 Psycho (Psychic) is a good control attack for four reasons. First, you can cast it while moving, which we feel is unique. Second, Psycho’s range is immense. Third, its area of effect is a circle. Fourth, and perhaps most importantly, Psycho is an attack that stays on the ground for several seconds. If an enemy doesn’t move while in Psycho’s area of effect, they will take up to 5 (small) waves of damage. A significant bonus: an enemy hit by Psycho will see their movement speed drop slightly. The cooldown for this attack is 7 seconds and drops to 4 seconds after upgrade. Despite all this, we don’t recommend choosing Psycho. Why not? Because Moonpower exists.

See also  Trendblog.net - How to Stream on Twitch Successfully

Moon Power (Moonblast) allows you to attack straight ahead while moving backwards a little. When an enemy is hit by this attack, he is stunned for a brief moment and extends the attack in a cone behind him. Beware, only the first opponent hit suffers the stun. When the ability is upgraded, Gardevoir gets a shield with each use of Lunar Power. Between this shield, the low cooldown, the stun and the recoil, this attack adds a lot of survivability to our attacker. Finally, let’s note the rather low cooldown of Lunar Power: only 6 seconds.

Fairy Vortex is a black hole, nothing more, nothing less. Trapped Pokémon will be drawn to the black hole.

res towards the center of the attack while taking heavy damage.

What builds should I use for Gardevoir on Pokémon Unite?

The best items to use for Gardevoir on Pokémon UniteGardevoir

only uses special attacks, so the items you need to select should reinforce that stat. Following this logic, there is one item that Gardevoir should definitely hold: Wise Glasses

The other two items are a bit more debatable. We tend to recommend the Hull Grelot and the Special Attack Glasses, but other people will choose a Buddy Barrier, an Energy Booster or even a Stoneset

For your Battle Item, the Eject Button

is mandatory. Once the Teleport attack is gone, Gardevoir has no mobility and any Pokémon that catches it in close combat will kill it.

The best attacks to choose for Gardevoir on Pokémon UniteThe

basic combo you’ll see on Gardevoir is the combination of Moon Power and Prescience. The reason for this is simple: Moon Power allows for a slight stun

while Prescience can trigger. At the end of the game, thanks to the cooldown reset, you can chain together 1 Moon Power and 2 Prescience, enough to kill the most fragile Pokémon very quickly.

In addition to working well with Moon Power, Prescience is a perfect attack to use right after your Unite ability. If you add its damage to Fairy Vortex, you’re pretty much guaranteed to kill all trapped Pokémon in one hit.

That being said, Prescience isn’t necessarily the best attack at lower levels. In fact, if all three waves of Psy Shock manage to hit their target, you’ll do about 40% more damage with Psy Shock than with Prescience. And thanks to the stun

of Lunar Power, managing to hit 3 times with Psy Shock is not that exceptional. Of course, at the end of the game, Prescience is a better attack, but this is not necessarily the case for the first 8 minutes of the game.

That leaves the Psycho attack, which we haven’t talked about much. As it stands, it seems far inferior to Lunar Power for the simple reason that Psycho synergizes quite poorly with the other attacks.