Playdate: The success is there for the small console! 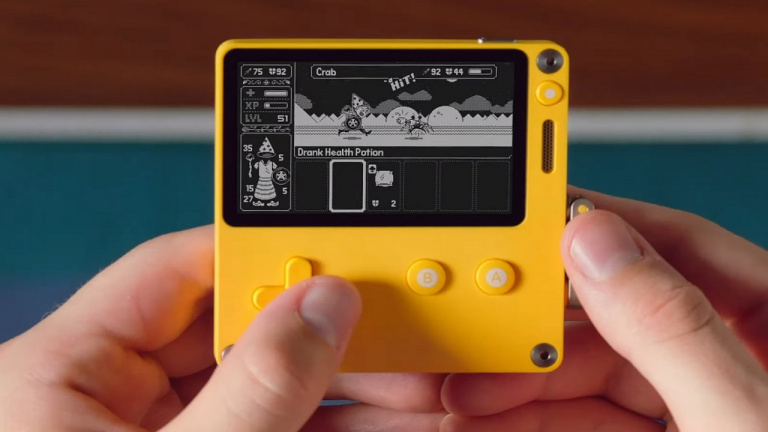 News business Playdate: The success is there for the small console!

Announced a little over two years ago, the Playdate is a small yellow console with a singular concept. Featuring its own operating system, a small hand crank and a black and white screen, the Playdate will offer various titles according to a seasonal system.

Dreamed up by Panic, the Playdate opened for pre-orders last night at 7pm, with 20,000 copies going on sale. The initiative will be repeated next year and in 2023, but the console, which sells for €179 in its basic version, is already a success. According to Techcrunch, the 20,000 copies that went on sale yesterday were gone in less than 20 minutes. It’s still possible to pre-order the machine, but these are pre-sales for the next batch, which won’t ship until 2022. Obviously, the influx caused some connection problems, as the servers were obviously not prepared for such a success. The problem was fixed in just two hours, as the official Playdate Twitter account states:

Our sincerest apologies to all international customers who had trouble paying this morning. Our international shipping provider’s plug-in fell under a heavy load (despite our many warnings). Many orders have been placed, but many have not been released. We are studying the options. (…)

The systems are back up and running, orders are pouring in and the Playdate site is back. We will continue to look for the best solution for the international orders that have been delayed, so stay tuned. Also: we are really amazed at the response from the players! Thank you all so much.

In the first season, the console will receive 24 different games, while only 12 were originally planned. To find out all the features of the Playdate, all the partners, and some of the expected games, be sure to check out the article published last week by Carnbee

The Artful Escape reveals its psychedelic universe and a release date

Interplay: the publisher’s revival was in fact… a fake