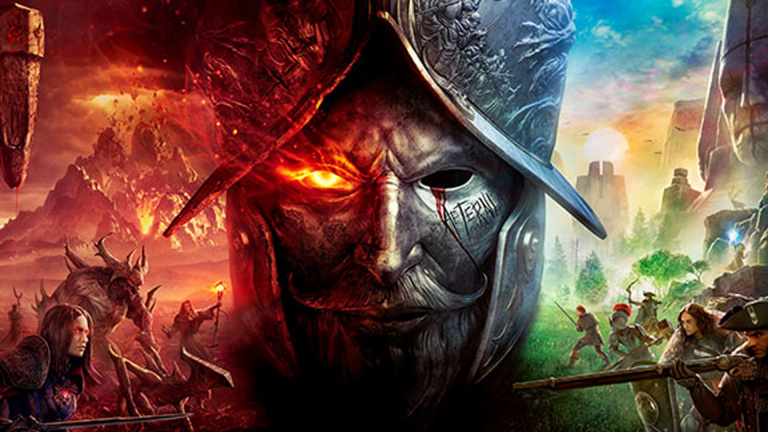 For a handful of weeks, players from all over the world have been able to embark on Aeternum, the world of New World. The MMO developed by Amazon Games saw a big spike in popularity during this closed beta session, which we were able to try out for a short time, leveling up a character to level 25. In addition to our preview, which we made on the basis of a session focused on the first two hours of play, we offer here a summary of the spirit of New World, to better understand its philosophy, before its release on September 28. 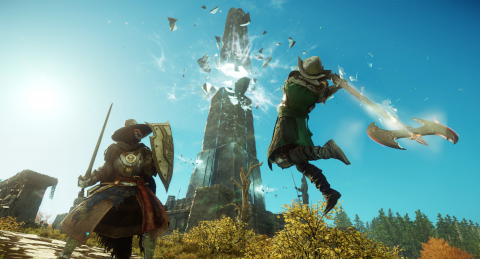 First of all, let’s face it, New World offers a quite charming universe. Of course, even beyond the huge technical glitch that cost the life of many 3090 graphics cards, the game is still quite greedy with all the pots pushed to the limit, but it is full of details and is rather inspired in its artistic direction. The environments are varied as well as the different cities, the changing light effects give the game a very nice atmosphere, and the pirate overlay is very effective, especially since it’s set to a very good soundtrack. All in all, New World has nothing to be ashamed of visually compared to the competition, even if the performance is not always up to scratch.

A nervous gameplay on the character side 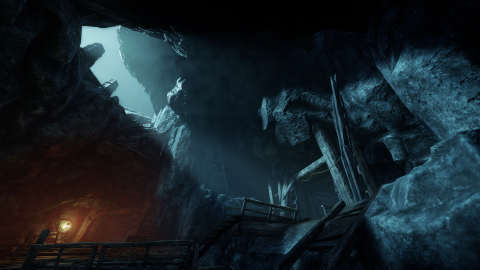 In terms of gameplay, New World seems to be quite paradoxical. Your character doesn’t really have an archetype defined at the beginning of the game, nor does he have any weapons of choice. Like in TESO, for example, it is only when you practice a weapon that you increase your mastery of it. Each level of mastery brings a talent point to be distributed in a skill tree dedicated to the weapon in question, with all the passive and active bonuses that this entails. You can equip yourself with two complementary weapons as soon as you reach level 5 (out of 60) and you can – and must – regularly switch from one to the other in combat. This gives a real nervousness to the game’s confrontations and looking for the best complementarity between the weapons is a little pleasure that is found only too rarely in MMORPGs in general. We opted, during our progression, for a rapier / bow combo that works quite well. The same goes for other combos, which will eventually allow you to develop a character in line with the heal/tank/dps archetypes. All in all, during our beta session, we enjoyed playing our character and that’s already a lot. 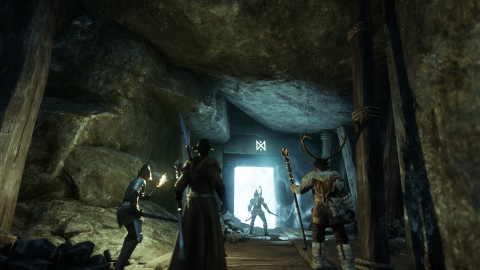 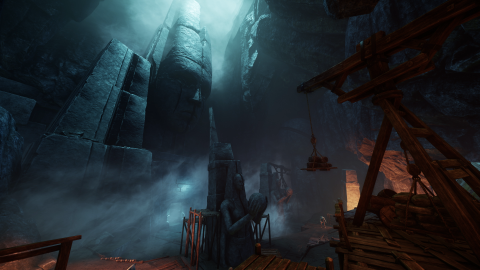 A very (too?) old-fashioned progression

On the other hand, in terms of progression and variety of quests, New World seems to show quite blatant signs of archaism. Indeed, the quests schema is systematically the same. Killing X monsters, getting X items from crates… never in 25 levels has New World offered us a quest that managed to surprise us. Inherited directly from the first steps of MMOs, the leveling phase is based on a classicism that is a bit surprising in 2021. Even though the basis of an MMO has always been to kill monsters in order to gain experience, there is no real effort here in terms of staging or storytelling to give some energy to these repetitive tasks. This archaism is also found in the structure of the game, which will make you go back and forth as much as you want. Indeed, you will be able to register in a city in order to make a quick return wherever you are on the map. But subject to a one-hour cooldown, this quick trip will be of little use to you. In this case, you’ll have to be in one of the few sanctuaries in the game to be able to quickly travel to the city of your choice if you’re not registered there. But besides the fact that this trip is subject to resources not necessarily abundant, it will be necessary that the city in question is under the control of your faction. 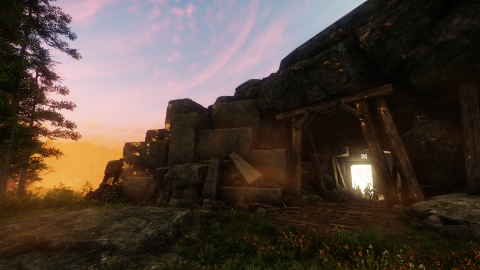 Indeed, you will quickly have the opportunity to pledge allegiance to one of the three factions of the game, factions that are at the heart of the PvP orientation of the game. In the course of various battles, your faction will be able to take control of a region and thus its cities. At this point, the factions will be able to set taxes, which will impact the crafting or fast travel of characters from the opposing factions. This is certainly not a bad thing, and clearly encourages PvP play, but it’s a safe bet that if you’re playing an MMO for its PvE, other proposals will be more appropriate. In New World, PvP is everywhere: in the fortress wars, in the faction missions… you can certainly wander around the universe without activating the PvP mode, but you might then cut yourself off from a good part of the experience.

Because the PvE, rather uninspired in its quests, also remains relatively timid from the point of view of expeditions, the first of which, accessible at level 20-25, is rather short to go through. Admittedly, the game’s edgy gameplay helps to make the ride enjoyable, but that’s probably not the terrain New World will be chasing when it comes out. On the other hand, the game is complete in many ways, especially when it comes to crafting, and offers a very pleasant progression in the different collecting or harvesting professions. It will not be rare, for the players who like to speculate, to spend a lot of time on the game.

I spent a lot of time researching the market to find out which component or item is most in demand by the community.

However, there are still some area control principles that can pervert the experience. For example, because your inventory is limited, you have extensive storage space in each city. However, while you can check the inventory of your items deposited in another city, it will have to be under the control of your faction to access it. And it’s hard to imagine a more frustrating experience, when you’ve been farming components in an area to craft items, only to find that the skins you’ve been storing are on the other side of the world, and you’ll have to walk a long way to get them.

Much remains to be seen to judge the potential of New World. New expeditions, end game content and fixing the multiple bugs of the beta to make a more thorough opinion. However, the whole game is not unpleasant to play and its PvP orientation is a clear bias, which however could well turn away many players from this charming universe since the game will probably not shine for its PvE at launch. As for its longevity, Amazon Game will need a lot of inventiveness to hope to last in the rather ruthless world of MMOs. In any case, the game was pushed back after the beta due to the numerous stability problems encountered during the weeks of testing. This is rather good news considering the work that still needs to be done in that regard.

See also  Demon Slayer: The Hinokami Chronicles trailer: a teaser for the characters

gamescom 2021: Forza Horizon 5 will come with a collector controller

Tesla Model 3 Standard Plus 2021 test: the electric car of all superlatives