Music and lights in the pool with Uekars BT601, the floating Bluetooth speaker 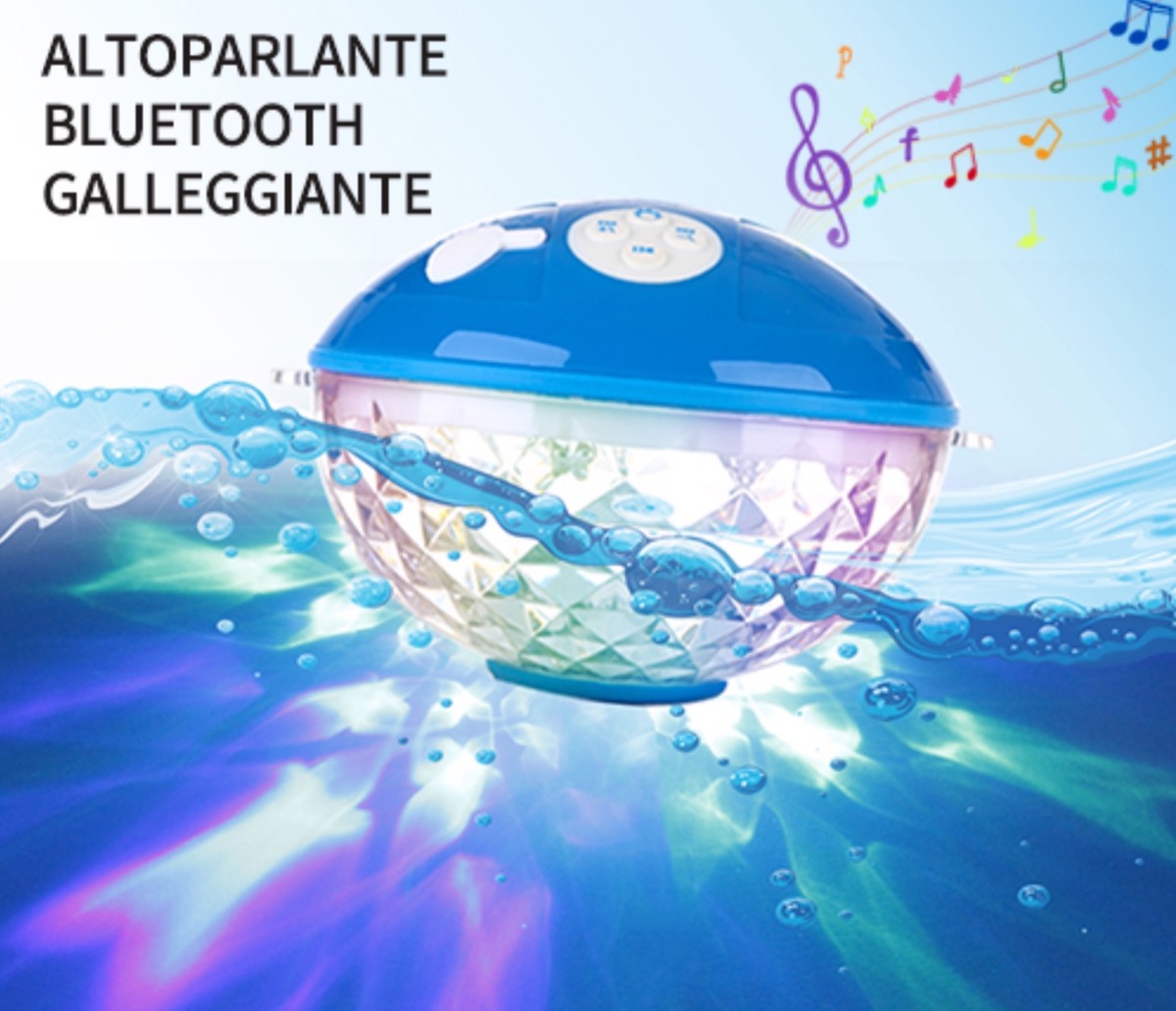 Creating a pool party or, in a narrower view but still fun, listening to music in the bath, has never been so easy. Buying Uekars BT601 you will have in fact a small but high performance waterproof Bluetooth speaker capable of floating on the surface of the water “shooting” at the same time light effects on the bottom, which will be reflected and bounce off all surfaces.

The shape is that of a flattened sphere: in fact, it measures 11 centimeters in diameter in the widest part and 8 centimeters in the narrowest one, while overall it weighs around 340 grams that, as we said, are to be considered only during transport because the structure is designed both to resist water infiltration, as evidenced by the presence of the IPX7 certification, and to float in water without the need to use other accessories.

It is made entirely of plastic and visually consists of two parts: the upper half is blue and here is located a button panel that allows you to control music playback without having to have the smartphone at hand. In this way you can leave your phone safe by the pool and in the meantime pause or jump from one song to another directly from the speaker. In this part of the device there is also the hole for the microphone, so you can possibly answer an incoming phone call without getting out of the water.

The second lower half is covered by a transparent plastic cover with a special texture that amplifies the play of light: it is here that are the LEDs that light up in one of eight modes provided, including one that makes the light flash to the rhythm of music, with a lot of automatic color change.

The power is in line with that of other speakers of this size: we are on 5 Watts. While with regard to autonomy, the rechargeable battery of 1,600 mAh promises up to 8 hours of autonomy on a single charge.

If you want to buy it, the floating speaker Uekars BT601 is on sale on Amazon at 45.99 euros. At the moment, thanks to the flash offer combined with an additional discount that can be activated via checkbox, you can pay 31.49 euros including shipping.

Apple will have to allow third-party payment systems

How to improve the performance of your Internet connection for free

Xiaomi: user loyalty to the brand is second to none!