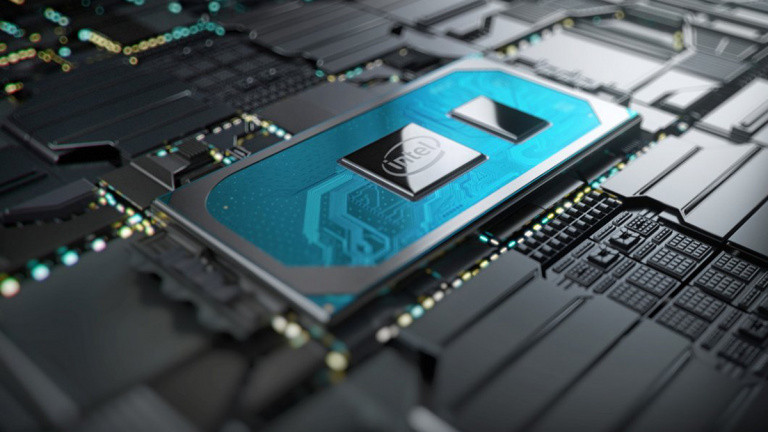 Intel took advantage of the announcement of its second quarter financial results to give an update on the availability of its processors on the market for the second half of 2021. Forecasts quite worrying for the general public.

It was already very complicated to find a graphics card in stock in stores and on the Internet for a year, and it is now on the CPUs that all eyes turn.

Intel is now very unoptimistic about the availability of consumer processors for the second half of 2021. Indeed, the American company expressed itself a few days ago through the voice of its CEO, Pat Gelsinger: during a conference with the company’s shareholders, he sounded the alarm to warn that major supply problems were to be expected in the coming months.

As for the graphics cards, the problem pointed out is none other than the shortage of substrate used in the manufacture of semiconductors, and which is one of the essential components in the processors. In a CPU, the substrate is easily identifiable: it is the green part that acts as an electrical and mechanical interface between the processor and the other components. In short, it is impossible to do without it, and foundries such as Intel are totally dependent on substrate suppliers.

According to Pat Gelsinger, the shortage of processors is likely to get worse in the coming months, and it could last for a long time. “We expect supply issues to continue for several quarters,” he commented. The shortage of substrate has prompted Intel to make a strategic choice: to favor the production of Xeon CPUs, which are intended for professional sectors. Datacenters, cloud companies and government organizations take priority over the general public. But for every Xeon processor manufactured, between three and four consumer processors go by the wayside.

See also  Outriders: the game is still not profitable according to the developers

Time to invest in a processor before prices rise?

As you can see, faced with the shortage of substrate, Intel has made the choice of financial security since Xeons make more money. Consumer PC users who plan to build a new machine soon should not delay investing in a CPU while there is still stock, because it might not last. Note that the current shortages do not only affect Intel: the rest of the founders on the market, such as AMD, are also concerned, even if they don’t necessarily communicate on the subject.

The best value for money in gaming CPUs

If you’re looking to upgrade your system for gaming, or to ensure compatibility with Windows 11, which is coming out at the end of the year, the best price/performance ratio on the market is undoubtedly

he Intel Core i5 10400F is the one to beat. Released just over a year ago, it has made a name for itself in gaming configurations around the world thanks to its good performance and a price that is often lower than that of its competitor, the AMD Ryzen 5 3600, which it even manages to outperform in most games. Based on a 6-core architecture, it has a frequency of 4.30 GHz with Turbo Boost 2.0 technology. In short, there’s no better way to get a high-performance, low-cost configuration.

More powerful, we find the latest generation CPUs: Intel Core i5 11600K and Ryzen 5 5600X. Released more recently, they are ahead of the 10400F while remaining at reasonable prices. In terms of games, the 5600X and the 11600K are equivalent with a very slight advantage to Intel, while in applications, on the other hand, the Ryzen takes the lead. Both of them do their job perfectly.

See also  Gameplay Eastward : A bit of narrative and a touch of action

The SanDisk MicroSD card for Nintendo Switch on discount