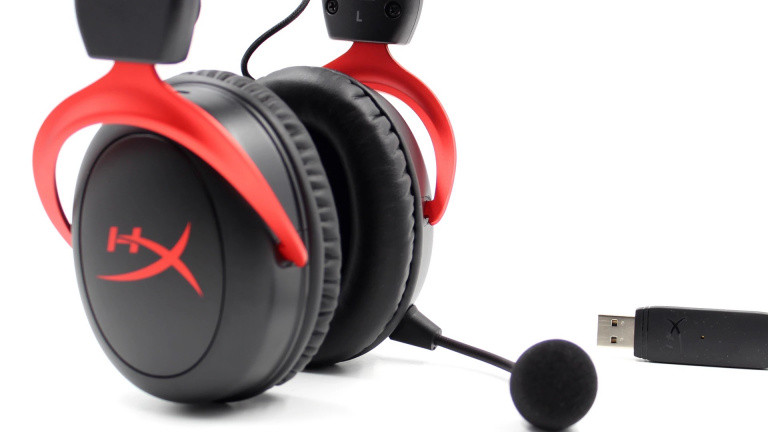 HyperX’s Cloud, a reference headset for many gamers, now sees its successor go wireless. Thus, the Cloud II Wireless tries to take the path of its illustrious elders, to keep the comfort, the sound and the general quality. Let’s see if the bet is successful.

After a wired Cloud II in 2016, with USB and mini-jack connection, here is the gamer headset with 2.4 GHz connection. Accompanied by a dongle, this model launched all the same at nearly 170€ can be used on Windows PC or Mac, without specific driver, as on PS4, PS5 and on the dock of the Switch. With such a price and such specifications, it is in the same range as the Epos GSP 370, Logitech PRO X Wireless , Logitech G733, Astro Gaming A20 and other Steelseries Arctis 7, in a price range where the mistake is not really forgivable. 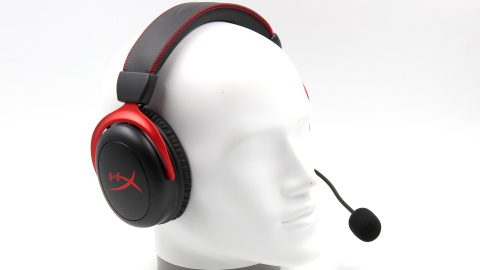 The Cloud II Wireless is based on the same design as the wired Cloud or Cloud II, which was already inspired by the DT-770 series from Beyerdynamics, another great reference in its genre. The headset does not create any surprise but it does its job perfectly as far as comfort is concerned. 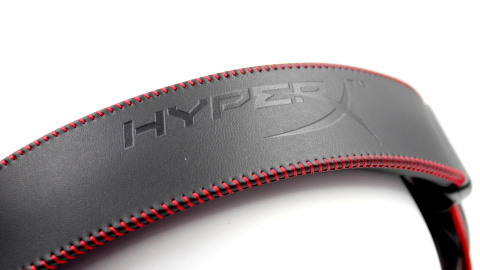 Its simple, relatively rigid headband is barely padded. However, the pressure on the top of the skull is very light and not at all annoying in the long term. Especially since the total weight of the headset remains within the norm, at 310 grams with its microphone. The same goes for the pressure on the sides, which is perfectly balanced and gives the headset a good feel.

It is neither too firm nor too loose, with a very reasonable support on the back of the temples. Wearers of glasses will find their account there besides at the price of a small replacement of the branches after the installation of the helmet. 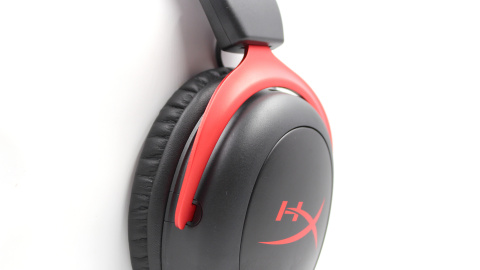 The ear-phones propose a rotation of 40°, what allows especially to cover the ear entirely, without leaving space below. Note that the headset offers a slight lateral flexibility, but nothing very inconvenient or unusual. It’s softer than a GSP 370, but it’s also less oppressive, and only slightly firmer than a G733 or A20. The size adjustment, which is very easy to handle, allows the Cloud II Wireless to adapt to the widest and thinnest heads, in the adult and teenage range nevertheless. The smallest setting is not compatible with a child’s head. 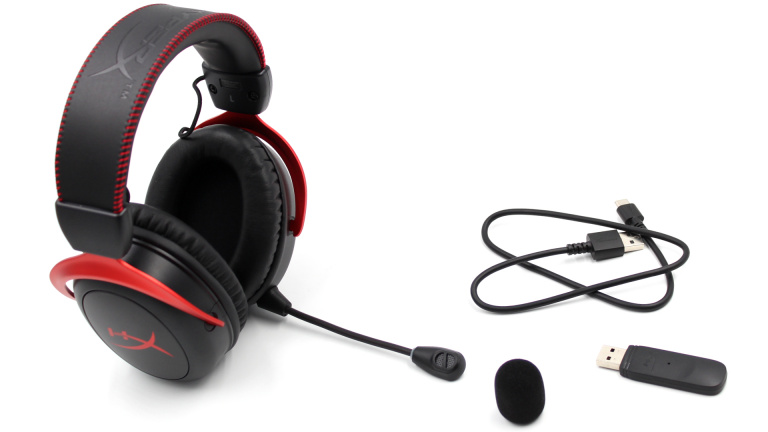 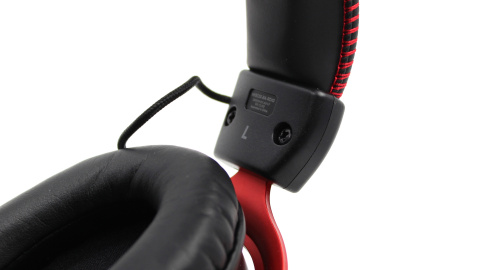 Without reaching the level of a Logitech PRO X Wireless, the Cloud II Wireless offers us a quality finish in every respect. The upper part of the headband still benefits from a plate covered with thick imitation leather, stitched to a thinner and more flexible area in contact with the top of the skull. A plastic part ensures the termination of this zone and the joint with the metal bracket which holds the headset, in addition to receiving a small braided cable to which it will be necessary to pay attention all the same. So no change on this part of the headset compared to the Cloud II, while our test model is now 4 years old and has no weaknesses at this level. 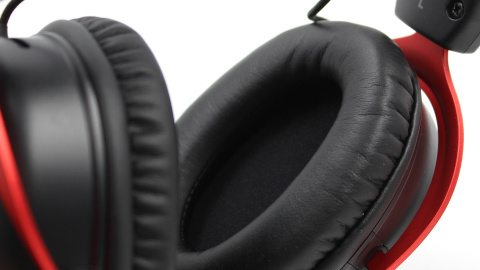 The outside of the ear cups is covered with hard, semi glossy plastic, while the inside is also covered with leatherette foam. All this could be lacking in ventilation, yet the Cloud II Wireless is an over-ear headset that lets the ears breathe rather well, despite the heat retention imposed by the leatherette. Moreover, its sound insulation remains rather light and does not allow to really enjoy it in a noisy environment.

The Cloud II Wireless is equipped with a USB-C plug for charging its battery. As for autonomy, we measured 35 hours of continuous use at 80% volume after the first charge and 28 hours at 100% volume after the second charge. Unfortunately, it is not equipped with a mini-jack plug for a passive wired use and its USB connection is only there to charge it. Let’s add that the supplied cable is frankly short and doesn’t allow you to use it while charging, unless you play glued to the USB port.

In terms of the controls available on the headset, it’s really quite light: a very slightly notched infinite volume wheel, which takes care of the volume of the OS you’re on, a headset power button and a button to mute the mic. And that’s it. No profile management, 7.1, nothing to take you out of your game. 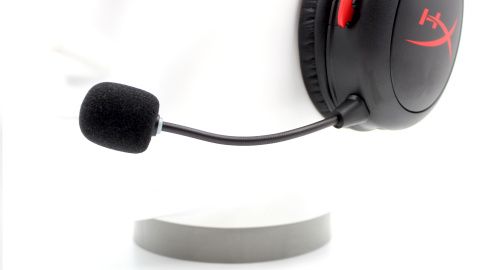 The microphone is mounted on a semi-rigid rod, very easy to position and yet remains perfectly in place once moved. It is also removable, allowing you to use the headset on its own, without a microphone. HyperX also provides an anti-pop cap to place on the capsule.

only thing missing is a small indicator when the microphone is on. 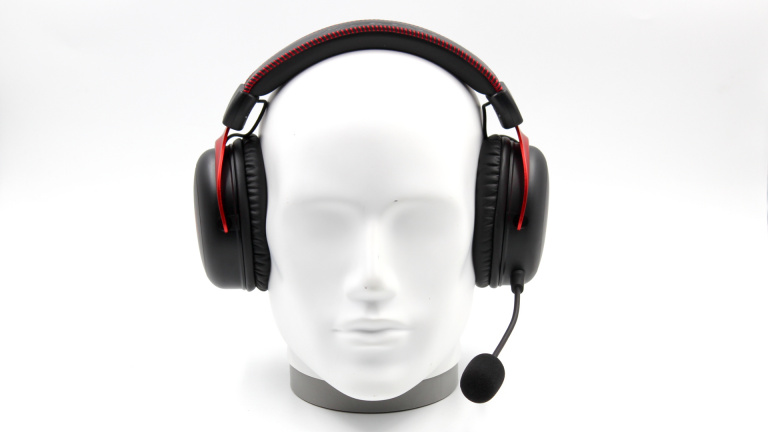 A rather typical audio profileThe

Cloud II Wireless is not a transparent and perfectly balanced headset. Nor is it a simple active version of the Cloud II. Generous in bass, these headphones offer a very dynamic and spectacular reproduction, far from being unpleasant despite its particularity. The small stereo amplifier that it contains is sufficiently powerful, without being excessive, while the 53 millimetre speakers deliver very present and precise bass below 300 Hz. But not enough to encroach on the midrange, rather well dosed and contained, nor on the highs which, overall, remain well defined. For the blow, it is really better than the wired version, with a rather solid performance. On the recording, we notice a big dip around 4 kHz, more or less important depending on the chosen ear.

See also  S.T.A.L.K.E.R. 2 runs on Unreal Engine 5 and gets a physical release 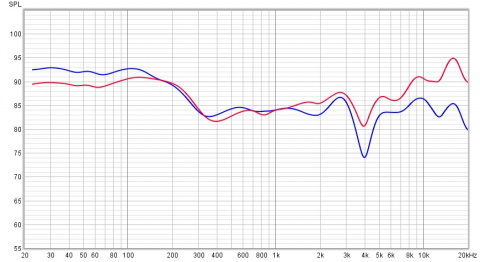 Because this is also a slight defect to report: the two speakers of our headphones showed different frequency responses, with on the left an excess of bass and a deeper 4 kHz, on the right a moderate dip and a bump at 15 kHz. It’s quite common to find variations between two channels of the same headphone, but here, even after a dozen positions on our capture tool, we still find a fairly significant shift in the same direction. Don’t worry, this is not enough to spoil the use in games or movies, but it is enough to colour the music you are used to, or even to distort the spatialization a little. Finally, note that HyperX does not provide any equalization tool, the software (still in Beta) is limited to a volume management and the activation or not of the 7.1.< 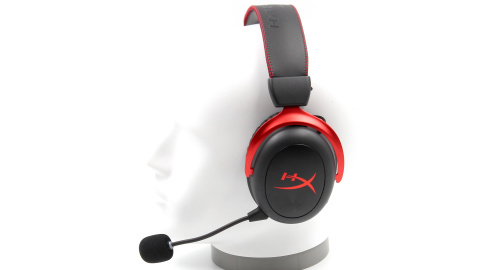 The Cloud II, like its predecessors, is a true virtual 7.1 model, its sound card (integrated into the USB dongle) actually offering two modes, namely stereo or 8 channels, in 16 bits 48 kHz. In the first case, there’s nothing special to report, which is the only mode available on Switch or PlayStation consoles. In the case of 7.1 (so 8 channels, you follow), it’s a real 8 channel stream to the sound card, which an internal algorithm then transforms into virtual stereo/7.1. And the result is correct, but nothing more. Let’s say that the channels mix well, but that the interest is null beyond the possibility of enjoying some specific tracks in movies or games. In any case, it doesn’t create any improvement of the spatialization beyond a light reverberation effect.

A microphone in progressLet’s start

by proposing a small video to give you an idea of the rendering of this microphone and its numerous qualities:

No particular defect: the timbre is respected, the voice is clean and intelligible, the capsule handles nuances well, between whispers and shouts, and we don’t hear any hiss or artifact. So it’s very good. The incoming signal is not compressed at all, so streamers will have to use an external tool to get a more consistent voice, but aside from that detail, it’s a big yes for professional use. Just note that the noise attenuation is passive, by simple opposition of phase, and thus very little effective. Proof that the headset has been well thought out for use in fairly quiet areas.

Note that the output of the headphones is also in 16 bits 48 kHz. There is therefore no reduction in the quality of the voice through its audio channel. This is rare enough to be noticed.

Conclusion: A simple headset, but very pleasant to use

Let’s summarize. The headset is super comfortable, very nicely made, its wireless connection showed no weaknesses up to 10 meters (we didn’t test above that) and its use remains childlike simple. This Wireless version is better than the wired Cloud II from which it originated, thanks in particular to its new microphone which is much more respectful of the voice. It’s a pity that it doesn’t offer a mini-jack input when the battery is flat or simply to widen its range of compatibility.

Finally, there is the sound, successful although typical with its bass in front, but which also presents some unexpected left/right imbalances. Not enough to erase the excellent impression that this Cloud II Wireless leaves us after hours of use in game or in mu

The game can be played on Switch (in TV mode, as the dongle is only compatible with the dock), PS5, PC and Mac. So we’re not far from excellence, despite a launch price that seems a bit high.

Despite its high price, the Cloud II Wireless succeeds in transcending the well-known wired version, notably with a real improvement in its microphone that we can now recommend for streaming. As for the rest, the headset is above all very comfortable, with a simple but successful ergonomics, and a nice sound to the ears provided you appreciate the emphasis on bass. An excellent choice for PS4, PS5, PC and possibly Nintendo Switch players.

This page contains affiliate links to some of the products that JV has selected for you. Each purchase you make by clicking on one of these links will not cost you any more, but the merchant will pay us a commission. Read more about this.

Life is Strange True Colors: The power of feelings in 6 minutes – Video Review