How does AMD integrate its FSR into games to gain GPU performance?

From HardZone we have been able to talk to Jonathan Ferguson, Technical Art Director of Illfonic and one of the most responsible for the implementation of AMD FSR technology in Arcadegeddon, his latest title, and who has very kindly answered all our questions.

How AMD FSR technology is implemented in games

HardZone: How did you approach the possibility of collaborating with AMD to integrate FSR into Arcadegeddon?

“AMD has been one of our most amazing partners in the past, so working with them to integrate FidelityFX Super Resolution into Arcadegeddon was an easy decision to say yes to. When we first showed the AMD Arcadegeddon team the look and style with multi-layered coloring, they decided it was an excellent match for this technology.”

“Because of how hardware and software has been advancing, it now makes more sense than ever to balance rendering features and resolution; as pixel density increases, there’s more reason to use quality enhancement techniques to make the final image better overall than focusing on pixel density alone. This doesn’t just apply to gaming, it applies to cinema as well.

HardZone: Has the AMD team been actively involved in the integration or did they just give you the tools to do it?

“AMD has not been involved in the development of the game, but they have been instrumental in the successful integration of the FSR technology. They have provided valuable feedback to balance quality and performance, and have also helped us improve our ray tracing feature set.” 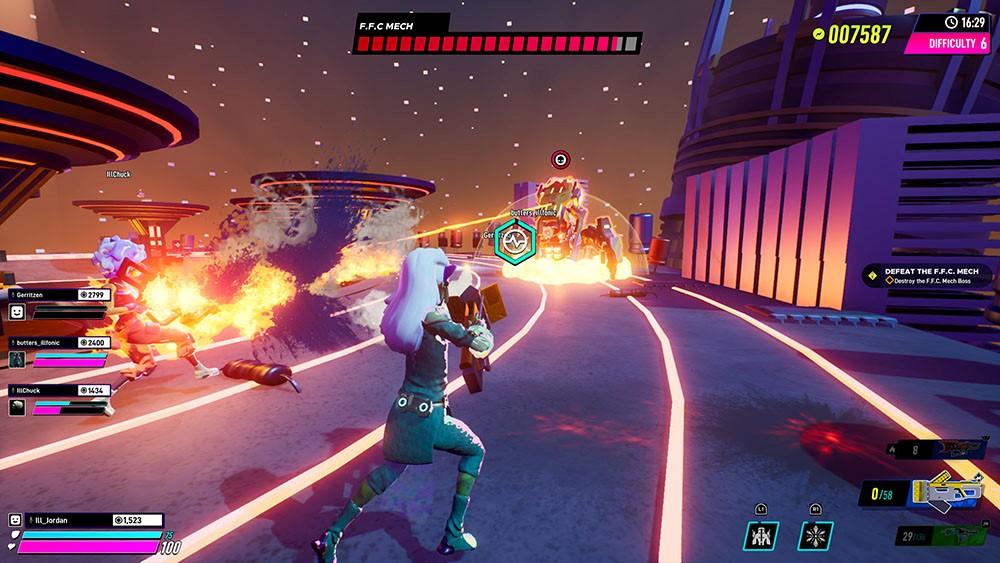 “At this time, AMD is our partner for Arcadegeddon and therefore our focus is on their products.”- Note: we understand from this answer that yes, your game is optimized for AMD graphics.

HardZone: How much performance increase can we expect compared to not using FSR?

“This varies a lot depending on hardware and settings, but on the PC we used to test all settings with all details maxed out (including Ray Tracing) we got the following results:

HardZone: How much difference in performance can we find between the PC and console versions? What about graphics quality?

HardZone: Are you satisfied with the ease with which FSR integrates into games?

“Integrating FSR into our game has been a smooth and easy experience.” 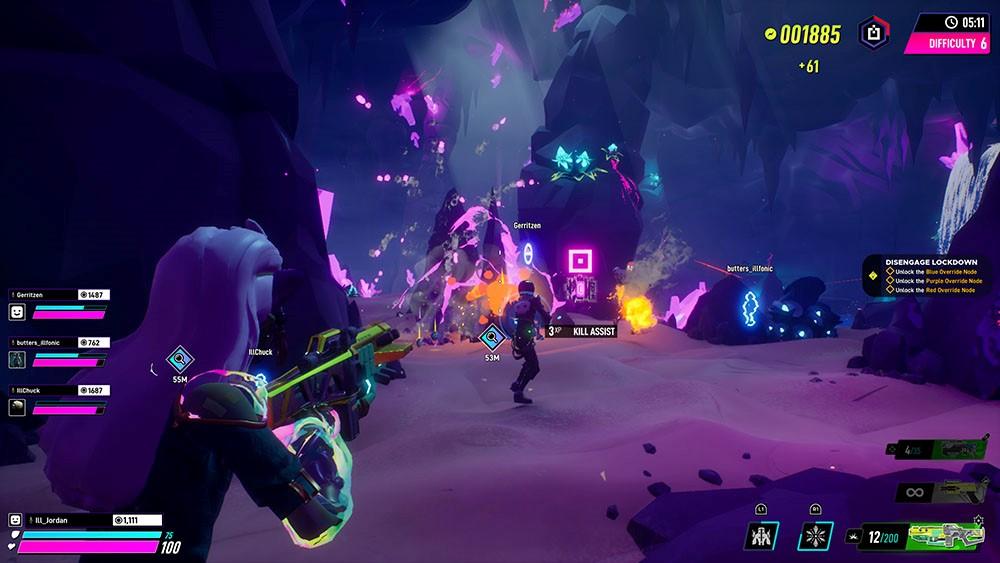 HardZone: Since FSR is now open source, can you modify the Lanczos algorithm used in this technology?

“We are always looking for ways to improve our products. If we were to change parts of FSR, it would most likely be while working with AMD on these efforts.”- Note: from this answer we understand that you will not modify anything unless it is in collaboration with AMD itself.

HardZone: FSR can also run on GCN architecture under FP16, is it possible to use it on PS4 Pro?

“Without being too specific, FSR is very flexible and can run on a wide range of hardware.”- Note: with this we understand that yes, it would be possible to use FSR on previous generation consoles.

HardZone: Will you be implementing FSR in any of your other games, or will it only be for future releases?

“At the moment we are focused on the development of our new title, Arcadegeddon, as well as other projects yet to be announced, but the goal is to release the final version of Arcadegeddon in Q1 2022 and then we’ll see”.

We would like to thank Illfonic once again for their kindness in answering our questions and wish them great success in their new releases.

Will iPhone 14 Pro have a titanium alloy chassis?

Legalization: what do Salvadorans think of Bitcoin?