GPU-Z is probably the most used software to see all the information and parameters of the graphics card, and it has been with us for many years now (and we hope it has many more to come because it is really very useful as you are going to see below). However, in addition to displaying information about the graphics card has many more advanced features, including monitoring the system sensors, which can be of great help, so let’s see what this software offers us so that you know how to use every last one of its functions. 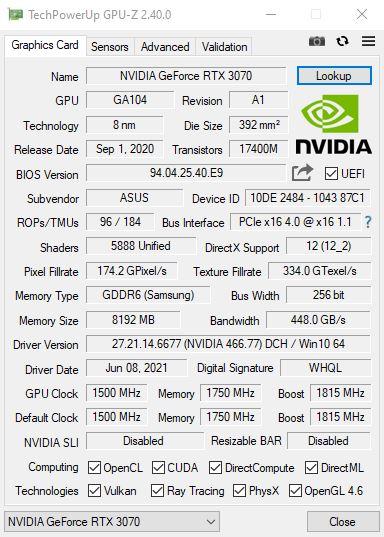 As soon as we open GPU-Z we find the information screen that you can see above these lines in the form of a screenshot, so let’s start by seeing what all this information means:

See also  Blur Busters: what is it, features and gaming monitors? 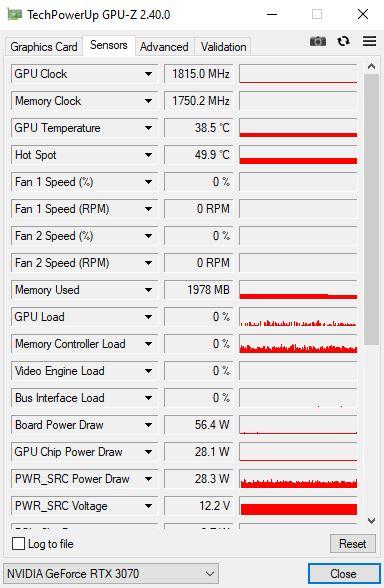 The second tab, called Sensors, shows us information about the sensors not only of the graphics card but also of the processor. Here we can see in real time the operating speed of the GPU, the memory or the fans, as well as the workload of the GPU, the memory controller, the temperature of the GPU or its “Hot Spot” (its hottest point), as well as the total and partial power consumption of the components of the graphics card.

If we click on the black triangle next to any of the parameters, we can access the following menu: 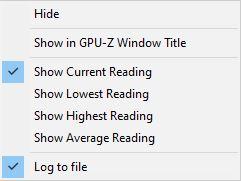 Hide is to hide this sensor, while “Show in GPU-Z Window Title” is to show that sensor in the GPU-Z title bar. The next four options are to select if we want the sensor to show us the current reading, the lowest, the highest or the average respectively, and at the end, “Log to file” is used to mark the sensor to be saved in a log file.

How is this used? If you notice, under the sensors there is a box called “Log to file” that if we check it we can create a CSV file with the sensor readings, which we can later use for example to draw graphs. Finally, we have a Reset button that returns all the readings to zero and starts again. 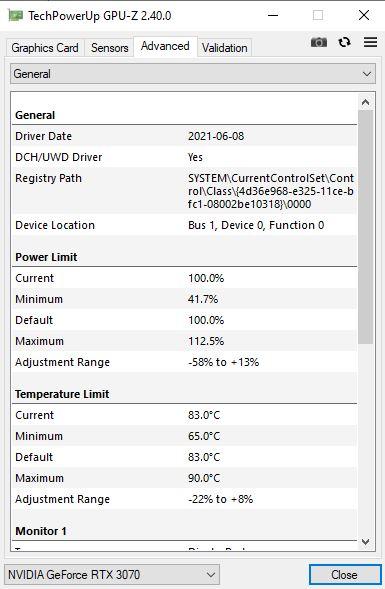 Finally, we have the Validation tab that simply serves to add the data of our graphics card to the software database, nothing more, nothing less. If you upload a report you can register it with your email and you will be able to access a web view of all the data.

Advanced features you may not have known about

In the previous section we told you about a handful of features that we promised to explain later, so here goes. We start with that “Lookup” button to the right of the graphics card name; if you click it, it will simply open a web browser that will take you directly to your graphics card in the TechPowerUp database. 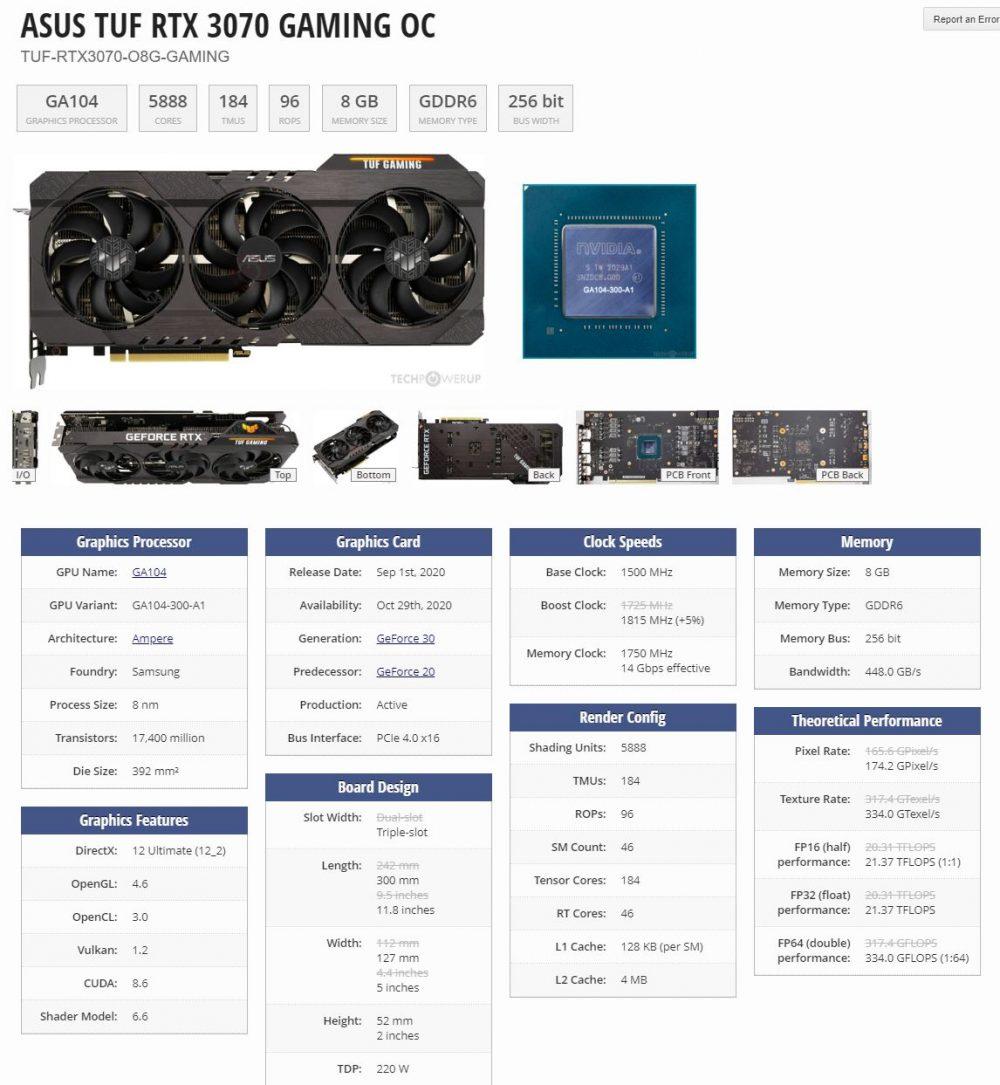 We’ll also leave the arrow button to the right of the BIOS in the first tab for later. If you click on this arrow you will be offered two options, the first one being to save the BIOS to a file on your PC (something very useful to restore it later if you want to make modifications), and the second option is to send the BIOS of your graphics card to an online database.

At the top of GPU-Z, you may have noticed that there are three buttons that we haven’t told you about yet.

The first button, shaped like a camera, is used to take a screenshot of what the application is currently displaying and save it to your hard drive, while the second button is used to refresh the information, which is useful if you’re overclocking your graphics card in parallel and want to see the values reflected in the information displayed.

The button with the three horizontal lines takes us to the GPU-Z configuration menu, made up of two tabs. 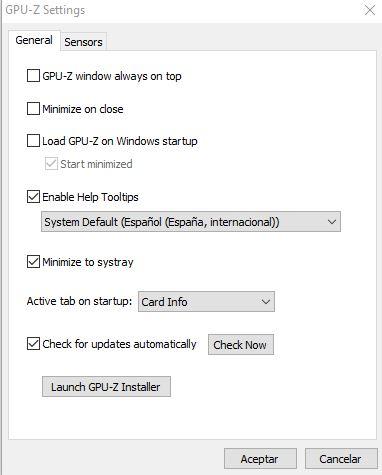 In this first tab, called General, we can select software behavior options such as: 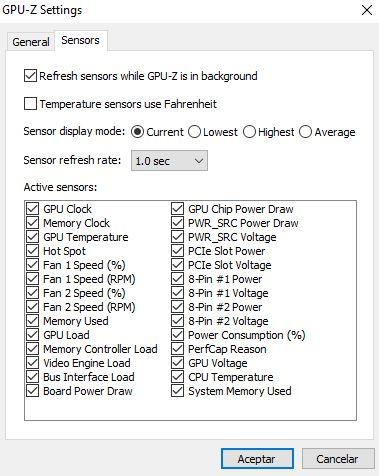 Finally, we have the sensor settings in the Sensors tab. The first checkbox “Refresh sensors while GPU-Z is in background” allows you to update the sensor information even if you don’t have the software running in the foreground. The second checkbox “Temperature sensors use Fahrenheit” is to display the temperature in Fahrenheit instead of Celsius.

Then we also have the option to select whether we want the sensors to display the current reading (Current), the lowest (Lowest), the highest (Highest) or the average (Average) by default. We also have a drop-down menu that allows us to select the update frequency of the sensors, which by default is every second but can be changed to between 0.1 seconds and 10 seconds.

Finally, in the Active Sensors section we can activate and deactivate sensors in case we want to stop seeing some of them or if at some point we have hidden any of them (with the Hide function that we talked about before).

Everything we know about iOS 15, what’s new, and the release date