In this comparison we are going to analyze the base characteristics of both graphics cards in the reference model from NVIDIA, that is, the Founder Edition; however, you have to keep in mind that in the market you can find several variants of the different assemblers, each with different characteristics in terms of thermal and acoustic performance but also raw performance, as they modify the operating speeds with factory Overclock. However, the chip and VRAM remain the same in all cases, which is why we have decided for the sake of having a reliable comparison to use the reference models for this. 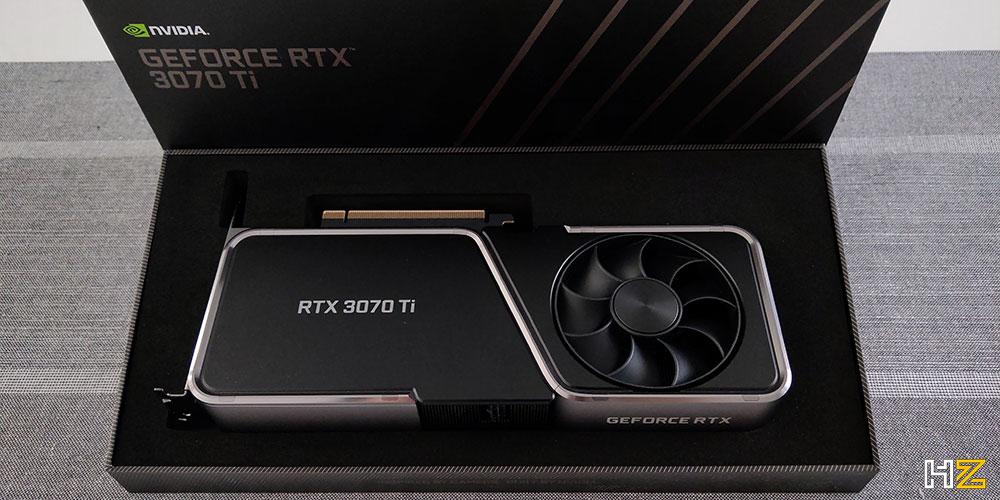 As you can see from the tech specs table we put together to put both graphics cards head to head, they both use the same GPU but the RTX 3070 Ti has a higher number of unlocked SMs, so the Shader P count is higher than the RTX 3070 Ti.rocessors and TMUs is also superior. Likewise, the Ti version has two more RT cores and 8 more Tensor cores, so its performance in ray-traced games should be slightly better.

In terms of operating speeds we also find slight differences, as the Ti version is a bit faster as standard with 75 MHz more base and 45 MHz more in Boost mode, so this coupled with the above should mean better performance in all types of games regardless of their nature or resolution.

Now, the biggest change is found in memory because the RTX 3070 that was released in September 2020 uses 8 GB of GDDR6 memory with chips at 14 Gbps effective speed, while the new Ti has 12 GB using GDDR6X chips that have a frequency of 19 Gbps effective, which translates into a significantly higher bandwidth (the difference is remarkable, more than 160 GB/s); this should be reflected in better performance especially at high resolutions and open world games that load in memory large portions of the game map. 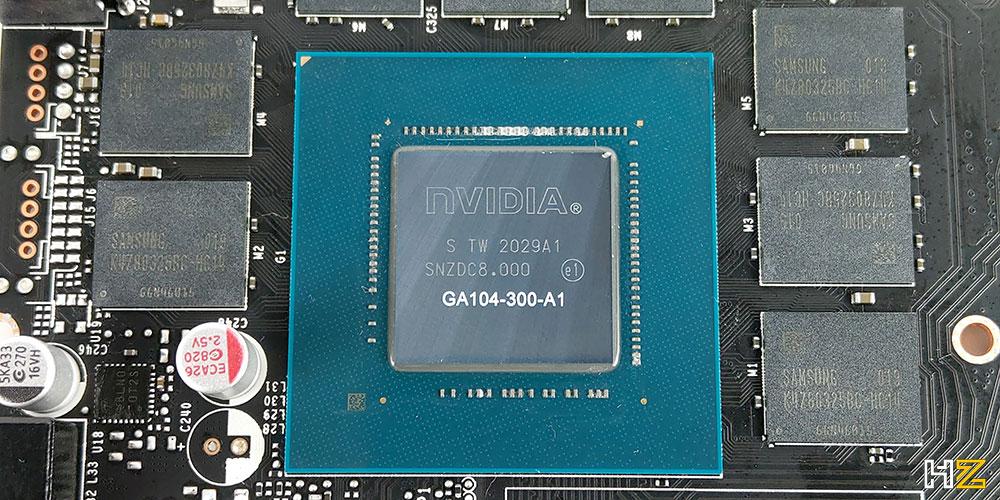 As for the power consumption of both GPUs, the RTX 3070 has a TDP of 220 watts and is powered by NVIDIA’s controversial 12-pin connector (usually 2×8 pins on custom graphics cards) while the Ti version increases its TDP to 290 watts, despite using the same power connectors. This translates into a significantly higher power consumption (the difference is 70 watts) and higher heat generation, which makes these graphics cards “hotter” and noisier.

Otherwise, in the Founders Edition models we have exactly the same heatsink and the same video outputs, so there is not much to say about it. Of course, the recommended retail price of the RTX 3070 was $499 which later translated to around 550 euros, while the Ti model was launched at a price of $599 translated to 650 euros, but with the chip shortage crisis in the end we haven’t seen these GPUs in stores at reasonable prices (and in some cases we haven’t seen them at all).

The theory says that there is a 100 euro difference between one GPU and the other, but is it worth it? Let’s take a look.

Fortunately, both graphics cards have passed through our lab and we’ve been able to show you our respective reviews of both, so we can provide you with first-hand performance data to see how they perform when it comes down to it, in different games and at different resolutions. Certainly, whoever is thinking of investing the money that costs one of these GPUs probably already has a high-end gaming PC with which they will not have bottlenecks and will most likely be looking to play at high FPS rates and / or high resolutions, environments in which both graphics cards behave very well but as we are seeing which of the two is more worthwhile, what interests us is to see the difference.

Let’s take as an example of a game at Full HD resolution the Call of Duty: WarZone, of course with the graphics at maximum and using the DirectX 12 API but without Ray Tra enabled.cing. 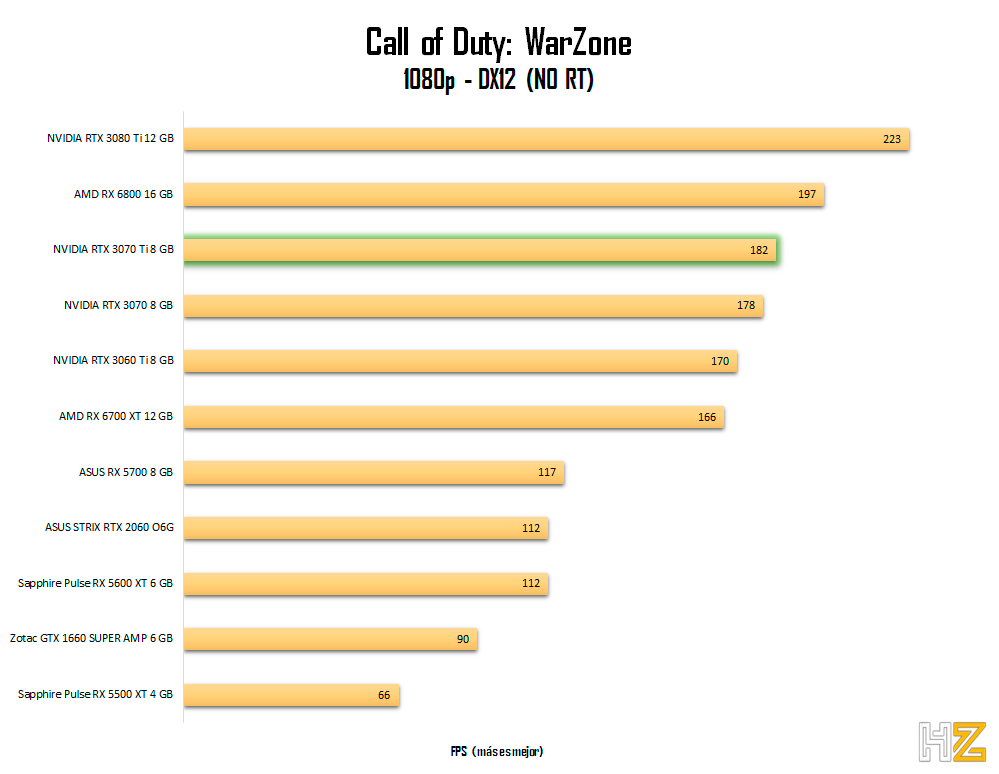 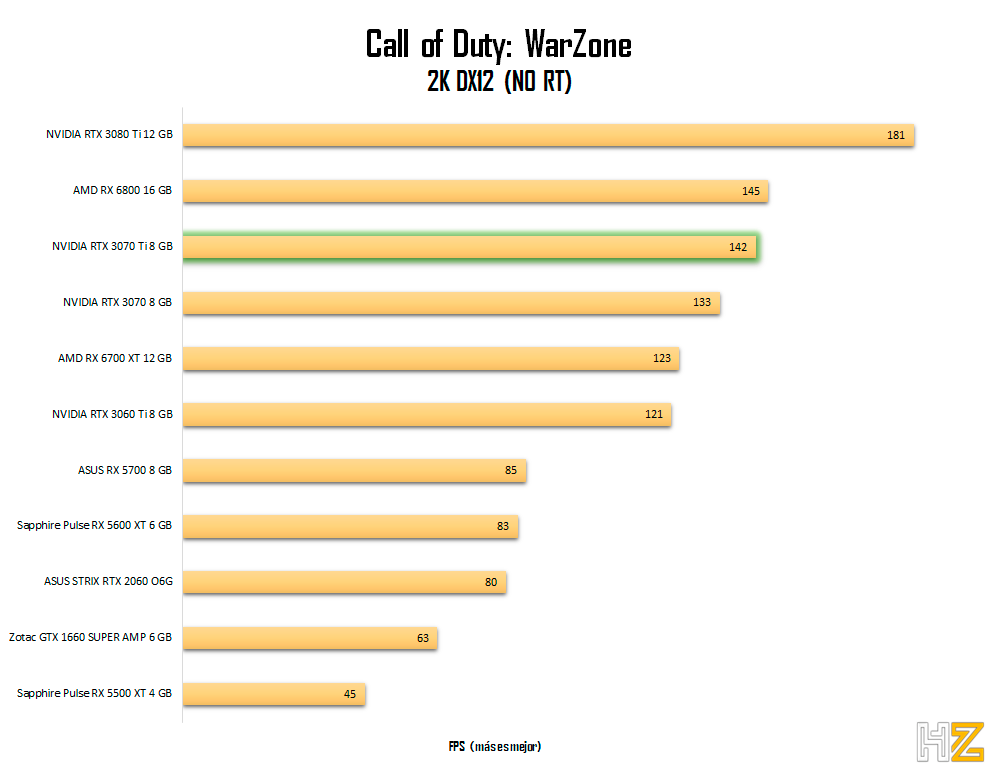 Here we see that the difference widens to 9 FPS, since as we have already mentioned the difference between the VRAM of both GPUs is starting to be noticed. Let’s see what we find at 4K resolution.

See also  How the government wants to support the cybersecurity sector 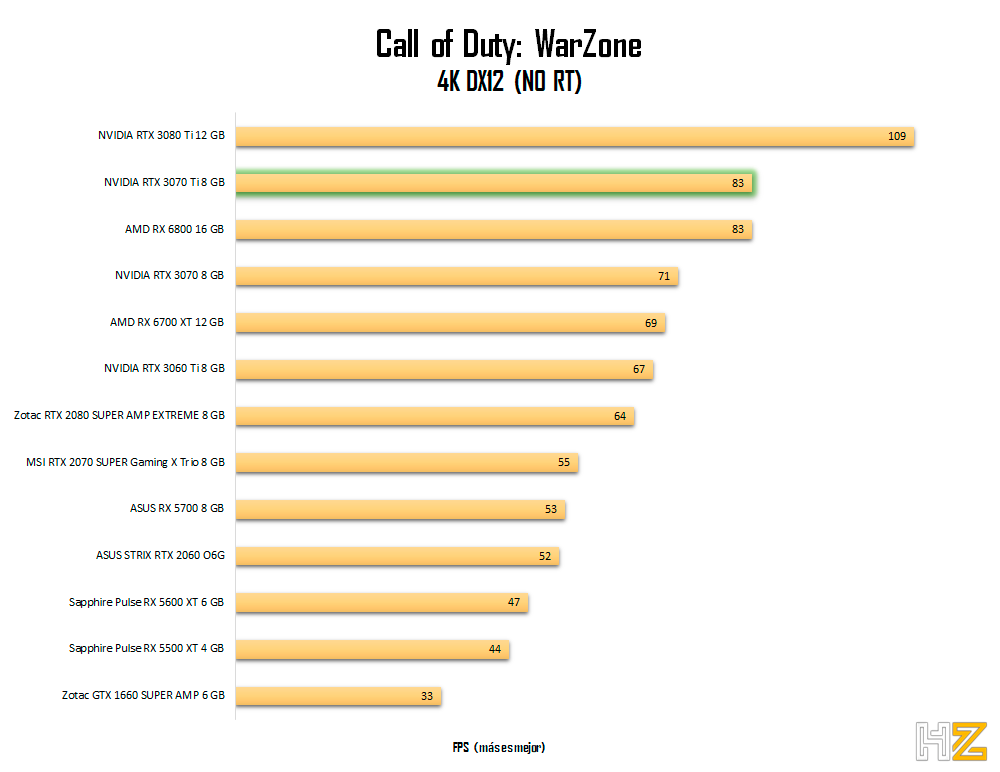 Here again the difference between both GPUs widens again, and we’re already at 12 FPS difference. Obviously the RTX 3070 Ti is a better graphics card, faster, with more SMs and more and better dedicated memory, so we can’t expect anything other than a performance increase and, despite this, the RTX 3070 still has excellent performance as it stays above 60 FPS on average even at 4K resolution.

So, is it worth paying more for the performance bump?

Which graphics card is more worth it? 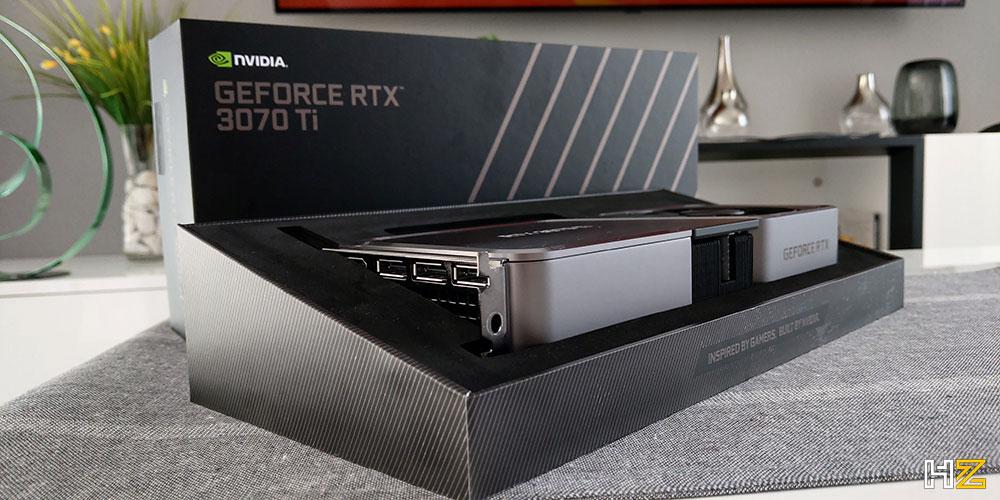 It’s obvious that the RTX 3070 Ti is a much better graphics card than the RTX 3070, as it has a more complete chip, is faster and has more and better VRAM, something that is especially noticeable at high resolutions. However, this performance improvement also comes at the cost of a 70W higher power consumption, higher heat generation and noisier operation, factors that we obviously have to take into account.

The RTX 3070 Ti costs (in theory) 100 euros more than the RTX 3070 and from our point of view the price difference is well justified by the huge improvement in dedicated memory, so if we had to recommend one of these two graphics cards for a gaming PC, we would definitely recommend the Ti version because it is significantly superior.

However, if you’re concerned about power consumption and temperature as well as noise and you don’t need the extra performance it provides at high resolutions, the RTX 3070 is still a safe bet for great gaming performance, so it’s certainly not a graphics card you should rule out, especially if you’re on a tight budget.

Heroes of the Dark is the dark role-playing game